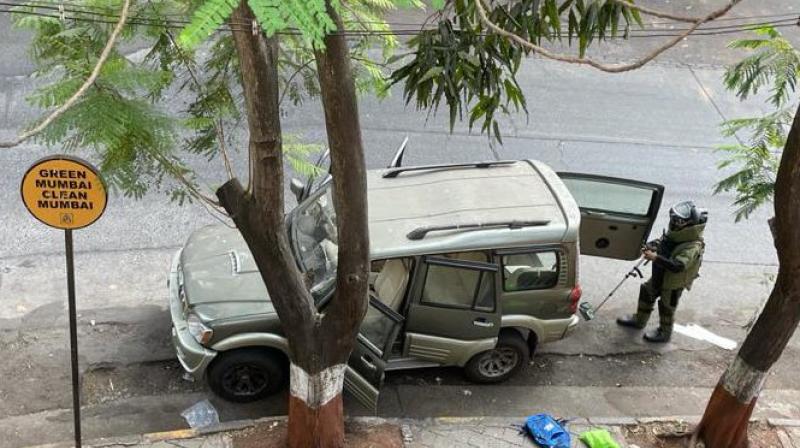 The vehicle, a Scorpio van, was found on Carmichael Road near `Antilia’, the multi-storey residence of Ambani, the chairman of Reliance Industries, an official said.

As it aroused suspicion, police were alerted and teams of the Bomb Detection and Disposal Squad and Anti-Terrorism Squad (ATS) reached the spot immediately.

They found there was gelatin inside, but it was not an assembled explosive device, the police official said.

“Twenty gelatin explosives sticks were found in a Scorpio van in the vicinity of industrialist Mukesh Ambani’s residence in Mumbai. The Mumbai Crime Branch police is investigating the matter and the findings will be out soon,” Maharashtra Home Minister Anil Deshmukh tweeted.

As the area is under CCTV surveillance, the vehicle was spotted by some security personnel and the police were alerted, he had said earlier.

The vehicle was towed away by the police to a safe place, he said, adding that investigators were trying to ascertain the identity of its owner.

'Everything can't be made public': Amit Shah on his meeting with Sharad...

Pfizer vaccine may protect against new mutations of coronavirus