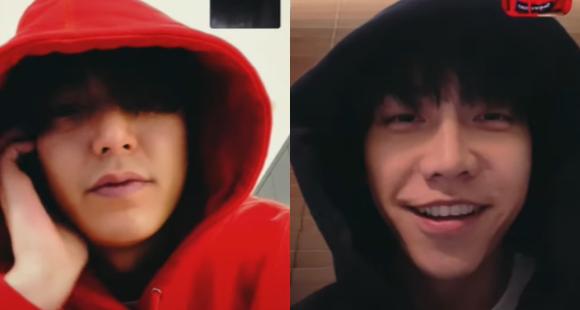 Lee Min Ho and Lee Seung Gi have confirmed that they are collaborating for a music video. The duo revealed this and many more things during their video call. It was just yesterday that we were treated to a mini video showing Lee Min Ho and Lee Seung Gi on a call discussing a possible collaboration. And now, Lee Min Ho shared a new video on his YouTube channel to let fans in on the detailed video call conversation that he had with Lee Seung Gi. The video is titled LeeSeunggi X Leeminho EP.1, teasing that a series is in the making. The duo has revealed that they are collaborating for a music video.

While the South Korean stars are yet to reveal the theme and concept of the video, the conversation revealed a number of other details as well. For example, Lee Min Ho asked Lee Seung Gi to meet him in person to elaborately discuss the video. The actor spoke about the channel as a hobby he is engaging in. During the chat, he revealed that he has wrapped the Korean filming schedule of Pachinko. The actor revealed being on a break before he is scheduled to travel to Canada and film the remaining part of the project.

Also during the chat, Lee Seung Gi spoke about the pay. He said that he could offer Lee Min Ho a special price of 40 thousand won for the collaboration. The King: Eternal Monarch star shot the offer down and told him that he would collaborate in return of a meal. As they were engrossed in their discussion, a woman suddenly called out for Lee Min Ho and the actor informed her that he was on a call. When Lee Seung Gi inquired about the woman, Lee Min Ho chuckled and said it was his mom.

Check out the complete video below:

Are you excited about the duo”s collaboration? Let us know your thoughts in the comments below.