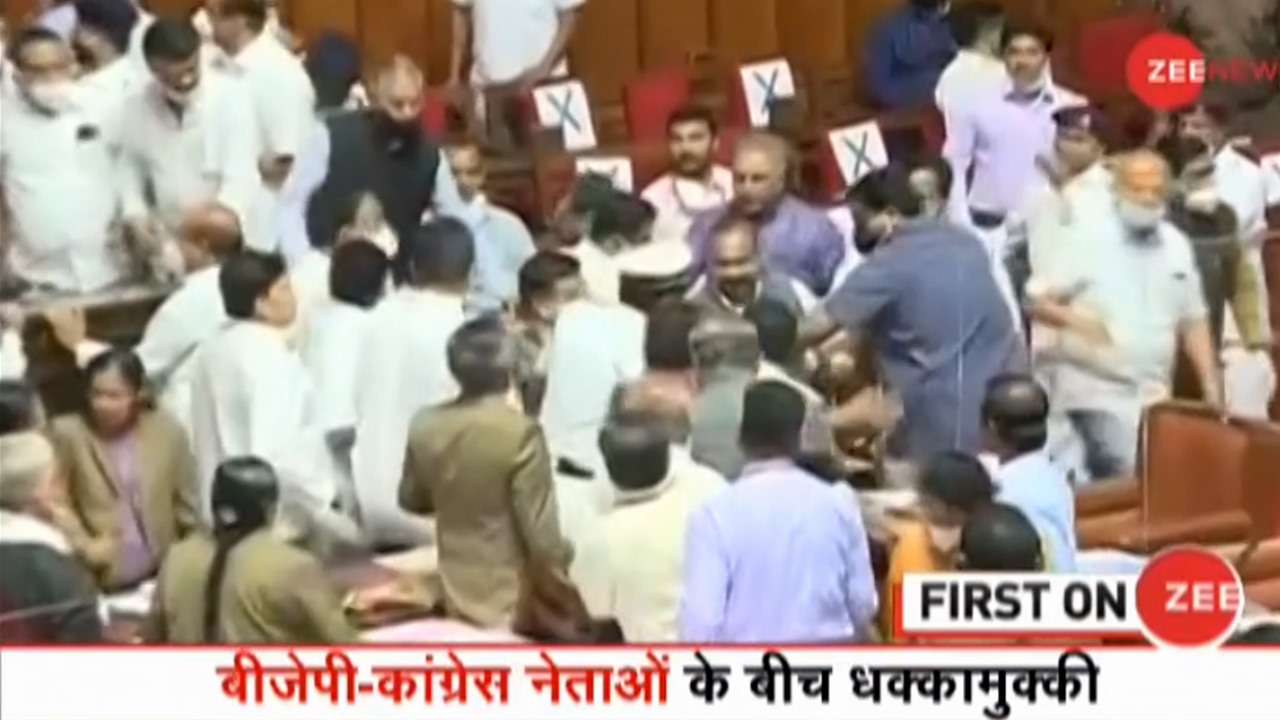 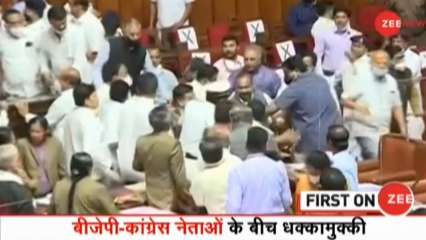 A major scuffle broke out in the Karnataka Legislative Council on Tuesday between the ruling power party and opposition. The Congress party was opposing the chairman and the ruckus increased so much that the Congress legislative council members dragged the deputy chairman from the chair. During the whole incident, there was a fierce scuffle between Congress and BJP MLAs (MLC).

Since a no-confidence motion was to be brought against the president of the council, before the session started, the BJP and JDS demanded that the current chair would not sit on the chair of the chairman. Instead, the deputy chairman and MLC Bhoje Gowda of JDS was asked to sit on the Chairman’s seat. This angered the Congress members and pulled the deputy chairman out of the chair amidst heavy uproar.

Irked by this, the BJP and JDS members clashed with Congress MLAs. Chairman Pratap Chandra Shetty was prevented from going to the chair by many BJP members including Deputy Chief Minister Ashwath Narayan, after which, the Marshals removed the members using force and brought the chairman to their chair.

The proceedings of the Legislative Council were suspended indefinitely after the skirmish. This made the BJP members angrier and led to a skirmish between the two sides.

Talking about the forceful removal of the chairman of the legislative council Congress Karnataka MLC Prakash Rathod said “BJP and JDS made the Chairman sit in the Chair illegally when House was not in order. Unfortunate that the BJP is doing such unconstitutional things. Congress asked him to get down from the Chair. We had to evict him as it was an illegal sitting.