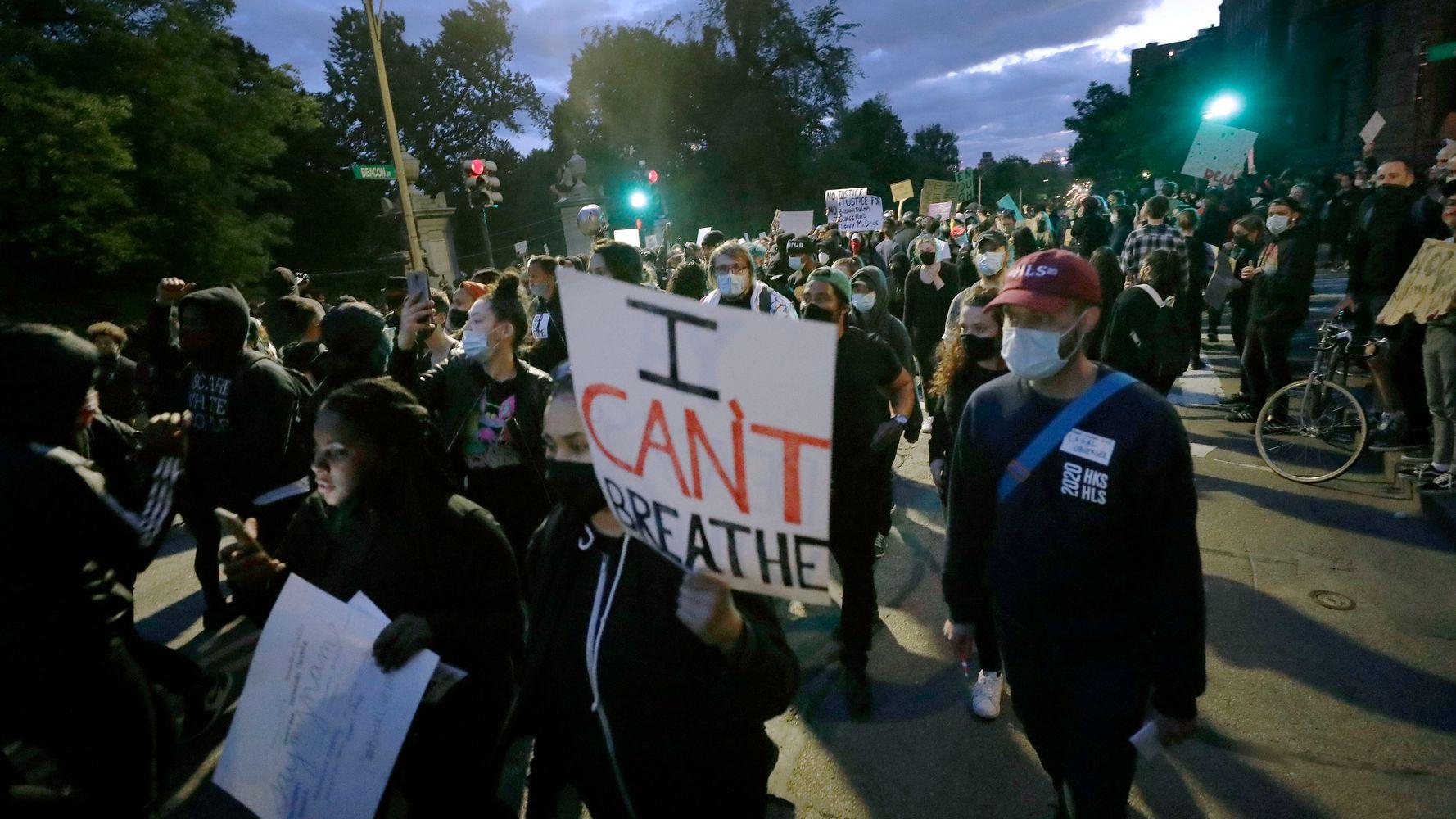 A sergeant has been placed on administrative leave after the leak this week of the footage captured during Boston demonstrations early June 1 after the killing of George Floyd by police in Minneapolis.

The videos posted Friday by The Appeal, an online news outlet, show officers pushing nonviolent demonstrators to the ground, spraying pepper spray on people and into crowds, and one officer saying he may have hit people with a car.

An attorney for the protesters has requested the video.

Police Commissioner William Gross said in a statement that he ordered an investigation as soon as the videos were brought to his attention.

“I have placed a Sergeant involved in this incident on administrative leave and I will take any additional action as necessary at the conclusion of the investigation,” Gross said. “I want to encourage people to bring these matters to our attention so that we can investigate them appropriately.”

Mayor Marty Walsh said in a statement that the footage is difficult to watch and that he hopes to get answers through the investigation.

“We never want to see police officers using more force than necessary, even when tensions are high,” he said.

The head of Boston’s largest police union accused the the defense attorney who provided the videos to the news outlet of “stitching together several contextually deficient video snippets” to falsely portray police as “the real enemy in the city that night.”

“The reality-altering effort and insult aside, the fact remains, the violence and hatred perpetrated against our officers and our City that night will forever be engrained in the minds and memories of our officers and their families because of the damage done by cop-hating anarchists and agitators who showed up to a peaceful protest armed for violence and looking for a fight,” Larry Calderone of the Boston Police Patrolmen’s Association said in a statement.

Thousands marched peacefully through Boston in several protests May 31. But as the marches ended around 9 p.m., protesters and police clashed. People plundered stores, smashed windows, scrawled graffiti and set fire to a police cruiser. The National Guard was called in.

Fifty-three people were arrested, about half of them city residents. Nine officers were also hospitalized after being pelted with rocks, glass bottles and even fireworks, he said. Dozens more officers and about 18 citizens were also treated for injuries, and 21 police cruisers were damaged.

This story has been corrected to show that the video is from June 1, not May 31.