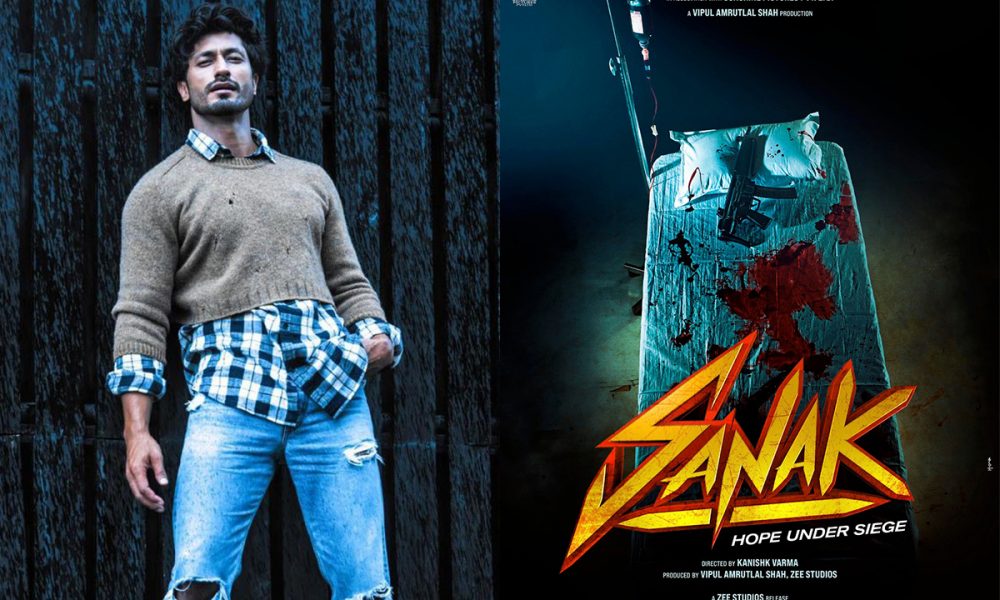 Action superstar Vidyut Jammwal is all set to woo everyone once again with his new film ‘Sanak’. He will star in it with actress Rukmini Maitra, who is a known face in the world of Bengali cinema. He confirmed his involvement in the film while also sharing an exclusive picture of the poster.

On a Twitter post, Vidyut mentioned that something major related to the film will come out tomorrow. He shared a poster of the film meanwhile which had a hospital bed covered in blood with a machine gun kept on it. His tweet revealed, “Brace yourself, something big is coming tomorrow!
Ab Sankegi! #ComingSoon #Sanak Stay tuned!”

Check it out here:

This will be Vidyut’s 5th collaboration with producer Vipul Shah. The duo has already worked together in films like ‘Force’ and three movies of the ‘Commando’ franchise. Along with this film, Vidyut is also shooting for the sequel for his 2020 OTT release, ‘Khuda Haafiz’.