Home News Vijay Rupani to be kept under observation for 24 hours, say officials

Vijay Rupani to be kept under observation for 24 hours, say officials 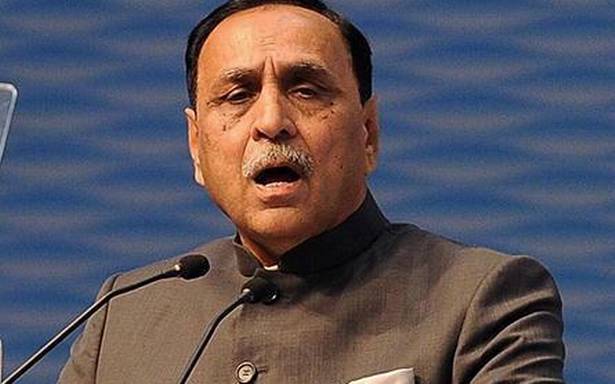 The Gujarat Chief Minister had fainted during a rally in Vadodara.

The test reports of Gujarat Chief Minister Vijay Rupani, who had fainted during a rally in Vadodara, are normal, but he would be kept under observation in a hospital in Ahmedabad for 24 hours, officials said on Monday.

On Sunday, Mr. Rupani, 64, fainted on stage while addressing a rally in Nizampura area of Vadodara for the upcoming civic polls in the state, following which he was flown to Ahmedabad and admitted in a hospital.

“Rupaniji fainted due to tiredness and dehydration. We have done a thorough check-up and all his tests are normal,” Dr. R.K. Patel from the U.N. Mehta Hospital, where the Chief Minister is admitted, told reporters.

State Deputy Chief Minister Nitin Patel said though Mr. Rupani is fine, he would be kept under observation for 24 hours.

Mr. Modi told Mr. Rupani to get himself thoroughly checked and to take proper rest, it said.

This was Mr. Rupani’s third political rally during the day in Vadodara.