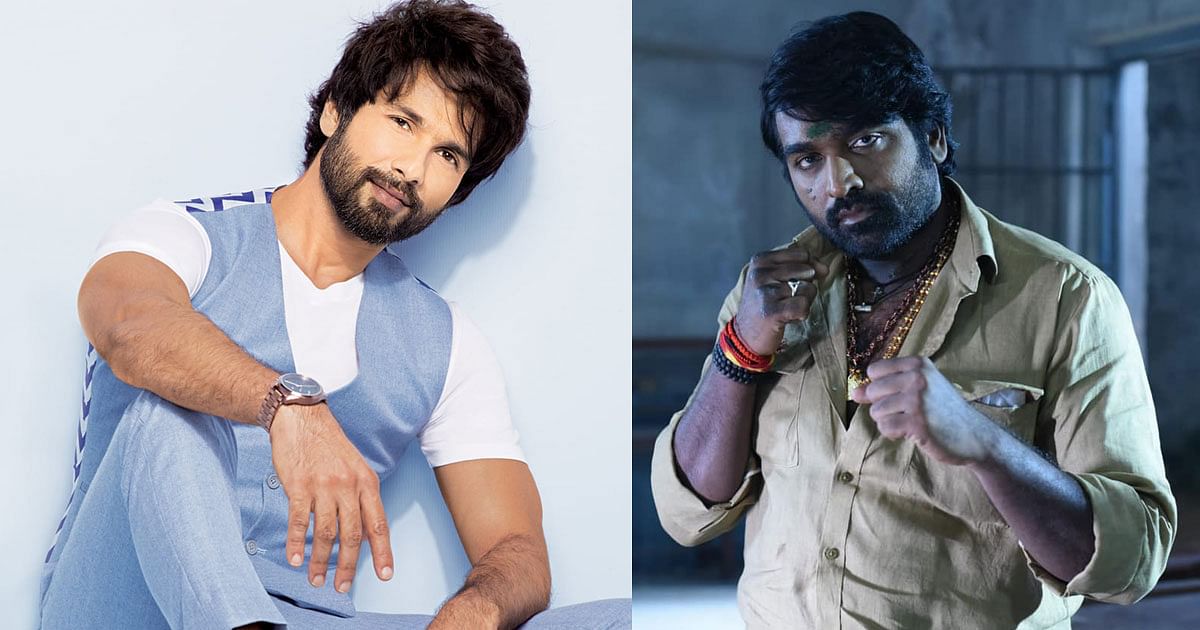 It is the evolution of the digital space that has made it possible for one of Tamil cinema’s biggest stars Vijay Sethupathi and Bollywood’s heartthrob Shahid Kapoor to come together for a show. Both the actors are making their digital debut with a series by The Family Man makers Raj & DK. But the buzz today is not about the plot or the production, but the remuneration that the two stars are taking home. And the tea is that Sethupathi is being paid more than Kapoor. Below is all you need to know about the same.

Vijay Sethupathi and Shahid Kapoor will be seen together in an Amazon Original series reportedly titled Sunny. The show is created and helmed by Raj & DK. If the earlier reports are to go by, the streaming giant has allotted a hefty budget for the show, that brings together two prominent starts from their respective industries.

But seems like Vijay Sethupathi’s mass popularity has given him a feat above Shahid Kapoor and thus a higher margin in paycheque too. As per Bollywood Hungama, a source said, “Owing to the success of The Family Man, the company believed in the filmmaker duo and when they brought this show to the table and suggested a huge budget because of the two stars they were planning to get and Amazon agreed. This would be Shahid’s big debut and Vijay’s first web show as well. Plus, they loved the casting coup.”

The source also revealed some figures, according to which Shahid Kapoor is being paid more than 40 crores for the complete season. But Vijay Sethupathi is charging a sum of 55 crores for the same. Meanwhile, their contracts also seem to be a bit different.

The source said, “Shahid asked for a hefty Rs. 40 crores plus for the whole season and his contract also mentions a hike in his remuneration if the show gets renewed for another season. The plan is to make it into three seasons as of now. Vijay Sethupathi, on the other hand, has not put a clause like that but straight away asked for a sum of around Rs. 55 crores. Both of them have roles that are on equal footing but Vijay is undoubtedly a mega star from South and the makers agreed on the deal. He is getting a much bigger sum compared to Shahid Kapoor but unlike Shahid, his contract has no mention of any hike for the second season.”

Must Read: Pratik Gandhi Reacts To Union Budget 2021 With A Hilarious Scene From Scam 1992 – Watch