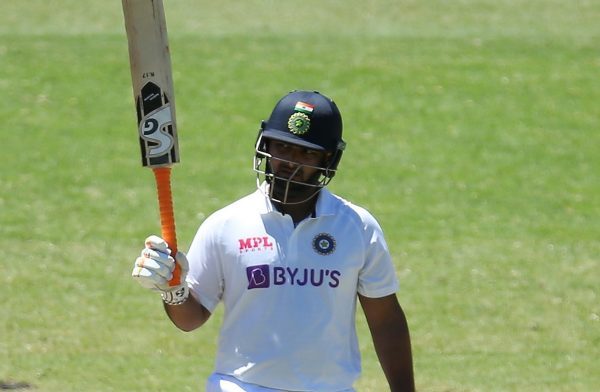 Rishabh Pant amazed Australia when he came out to bat at number 5 on the final day of the SCG Test. The daring wicket-keeper batsman of India dominated the bowling attack of the hosts and played his natural game. Now India’s batting coach Vikram Rathour has shared who suggested Pant’s promotion in the batting order on a crucial day 5 of the third Test.

During a chat with Ravichandran Ashwin on his YouTube channel, Vikram Rathour stated that Virat Kohli before leaving had advised to sent Pant at number 5. The batting coach of India continued that Virat believed that because of the left-right combination Pant at 5 would benefit the Indian side.

The Indian team did just that as Pant stroked a splendid 97 and while he was batting it seemed India would go on to win the Test match. Rathour further affirmed that the intent was never to draw the match that allowed Pant to bat freely. Australia’s bowling also struggles against left-handers hence coach Ravi Shastri also wanted Pant to bat one place higher.

“It wasn’t really my call, I cannot take the credit for this. This started after the first Test we lost. Sridhar had already spoken about how Virat and Ajinkya and all of us sat together before Virat left. That’s where this was discussed, and it actually came from Virat, to be honest. That in case we’re playing both the left-handers, it will be a good idea if Pant can be sent at No. 5 to keep the left-right combination”, Rathour said.

“The intent was not to draw the Test, and till the point we can, we go for the runs. So that was the right time to send him at No. 5. All of us agreed, including Ravi bhai because he was big on left and right combinations. He believed for a long time that Australians don’t bowl that well to left-handers so we need to bring in a leftie in there somewhere”, Vikram Rathour added.

Meanwhile, Pant had some unfinished business in the 4th Test at Brisbane which he went on to complete in glorious style. The 23-year-old again saved his best under pressure and helped India win a famous Test at Brisbane. Pant remained unbeaten on 89 as India against all odds went on to win back to back Test series in Australia by 2-1.