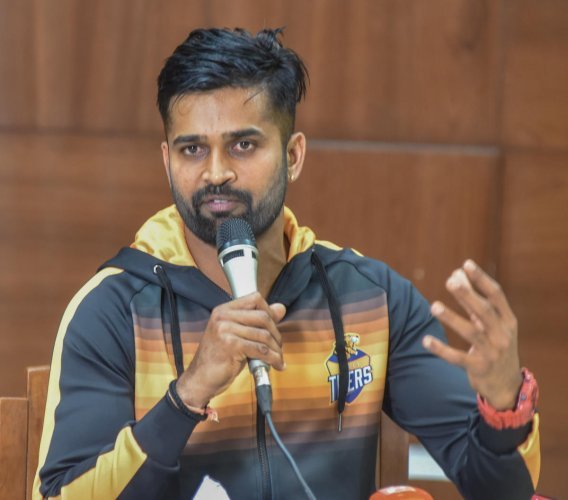 Vinay Kumar, former India seamer has announced his retirement from all forms of competitive cricket, bringing an end to a career that spanned close two decades. The fast bowler took to his official Twitter account to share the news.

He thanked the Karnataka Cricket Association, the various Indian Premier League franchises that he represented over the years, the BCCI, and the various clubs that give him an opportunity to play during the course of his career.

The ‘Davangere Express’, as he was fondly called, also expressed his gratitude towards his parents, his wife Richa, and his friends for their unrelenting support throughout his career.  As far as his career is concerned, Vinay Kumar, who was a hit-the-seam kind of a bowler, quickly rose through the ranks following his brilliant performances in domestic cricket since making his debut for Karnataka in 2004-05.

The 2007-08 season proved to be a path-breaking one for Vinay Kumar as he finished as the second-highest wicket-taker in Ranji Trophy. His performance ensured that he earned an IPL contract with the Royal Challengers Bangalore in 2008.

Vinay Kumar played a solitary Test, 31 ODIs, and 9 T20Is for India where he picked 49 international wickets. He picked up 105 scalps in as many IPL games averaging 28.25. He played his only Test in 2012 against Australia while debuting in May 2010 in the shorter formats.

In a statement, the 37-year-old seasoned campaigner said he has been lucky to play alongside the likes of Sachin Tendulkar, Mahendra Singh Dhoni, and Virat Kohli in his career. The best figures in his international career came in the ODI format where he returned with the figures of 4/30 against England in Delhi in 2011.

He is a right-arm medium-fast bowler who played domestic cricket for Karnataka and also in the Indian Premier League for Kolkata Knight Riders, defunct Kochi Tuskers Kerela, Royal Challengers Bangalore, and Mumbai Indians. He captained Karnataka to two consecutive Ranji Trophy titles in 2013–14 and 2014–15 seasons.

He last represented Kolkata Knight Riders in 2018. He played only in the opening two matches for his side and was then sidelined for the rest of the tournament following his poor show with the ball. He was also criticized a lot on social media by the fans and was released by the KKR franchise and went unsold in the auction in IPL 2019 as well.

Vinay Kumar bowled two overs each in the two matches he played last year and his skipper Dinesh Karthik used him at the first and 20th over of the innings. He returned with the figures of 2/30 and 0/35 only to be dropped from the team for the rest of the matches.

On the same day, all-rounder Yusuf Pathan who too represented KKR announced his decision to retire.

Vinay Kumar Retires From All Forms Of Cricket At 37