Vincenzo: Song Joong Ki REVEALS his one of a kind character’s method of punishing evil felt new and refreshing 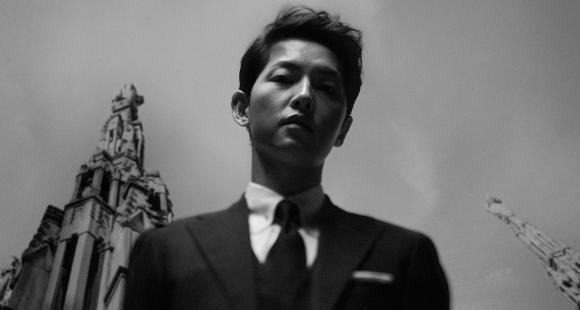 Teasing fans on what they can expect from his unpredictable character Vincenzo Cassano in Vincenzo, Song Joong-ki disclosed an interesting point to look forward to in the upcoming tvN series.

Vincenzo: Song Joong Ki REVEALS his one of a kind character’s method of punishing evil felt new and refreshing

Song Joong-ki is playing the dark hero of our wildest dreams in his next highly-awaited series titled Vincenzo. The upcoming tvN drama sees the 35-year-old actor tackle the complex role of Vincenzo Cassano, an Italian lawyer and Mafia consigliere of Korean descent who has to move back to Korea owing to a conflict within his organisation.

Things take a turn when he crosses paths with Hong Cha-young (Jeon Yeo-bin), a sharp-tongued lawyer as viewers will witness the unlikely duo join forces in taking down villains, who can”t be punished by the law, using villainous methods. Talking about his transformation into a one-of-a-kind character like Cassano, Joong-ki shared with News1 Korea, “I felt thrilled after coming across the script for the first time. It wasn’t a predictable story about good overcoming evil, and the method of punishing evil felt very new and refreshing. I think viewers will be able to feel the same thrill and catharsis.”

Moreover, the Space Sweepers star teased that although Vincenzo looks Korean on the outside, he’s still Italian to the bone. According to Joong-ki, Cassano is a lonely figure who can’t even open up to people who are close to him because he has always lived as a foreigner in the darkness. For Joong-ki, “Vincenzo’s change” is an interesting point in the drama.

Are you excited to watch Song Joong-ki in and as Vincenzo? Share your excitement with Pinkvilla in the comments section below.

ALSO READ: Song Joong Ki is the one making the judgement in gritty first teaser of Vincenzo; Premiere date REVEALED