Deputy Chief Minister CN Ashwath Narayan said that a detailed investigation would be carried out to identify the reasons for the unrest among the workers, the situation that enraged those in the morning shift and cover aspects related to payment of salary 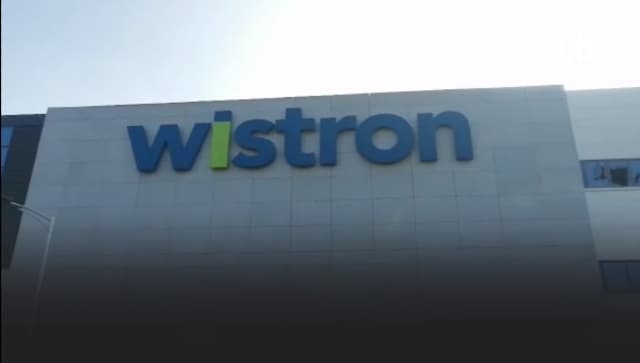 Bengaluru: Violence broke out on Saturday at the Taiwan-headquartered Wistron Corporation’s plant near Bengaluru where iPhones and other IT products are manufactured as large number of workers went on a rampage over issues related to payment of salary, police said.

The Karnataka government condemned the violence at the manufacturing facility in Narasapura Industrial Area in Kolar district, about 50 kilometers from Bengaluru.

Police said 132 people have been detained in connection with the violence that erupted around 6 am during the morning shift.

“The information we received is that the employees had problems related to their salary payment,” Inspector General of Police Seemant Kumar Singh told reporters after visiting the Wistron facility, adding investigations were on.

Video footages showed a violent group overturning vehicles, setting them on fire, breaking glass windows in the office leaving a trail of destruction.

Condemning the violence, Deputy Chief Minister CN Ashwath Narayan said stringent action would be taken against the perpetrators. The IGP said as many as 132 people suspected to be behind the arson and violence had been detained.

On the extent of damage, Singh said the company would assess it. He said the employees should have approached the labour commissioner if they had any grievances.

Narayan, who holds the IT-BT and Higher Education portfolio, termed the incident as unfortunate.

“Whether employees are anyone else, whoever is responsible for attack on the factory and damaging its property, they will face stringent action,” the Deputy Chief Minister said in a statement.

A detailed investigation would be carried out to identify the reasons for the unrest among the workers, the situation that enraged those in the morning shift and cover aspects related to payment of salary.

According to him, if the employees were facing such issues, they should have approached the labour commissioner or the deputy commissioner of the district instead of taking law into the hands.

Wistron manufactures iPhone 7 for Apple, IT products for Lenovo and Microsoft, among others.