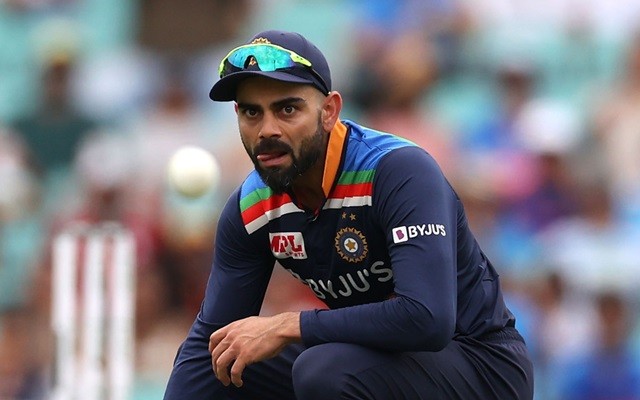 Virat Kohli questioned the scheduling of the matches and hoped that the authorities will look into it after winning a closely-contested series against England.

Virat Kohli: Scheduling Needs To Be Looked At In The Future Since Playing In Bio Bubbles Is Difficult

Immediately after the Indian Premier League T20 tournament that ended in November last year in UAE, India has been busy in full series with top international sides — Australia (away) and England (at home).

“Scheduling needs to be looked at in the future, [especially] in these times. Because playing in bio-bubbles will be difficult, and everyone can’t have the same mental capacity all the time. I am sure things will be discussed in the future,” said the India skipper after he led his team to a 2-1 win in the ODI series on Sunday, which capped off a grueling international calendar for his boys.

This year, Test matches and T20 Internationals needed to be given significance since there is the World Test Championship final which India will play in June as well as the T20 World Cup here in India in October-November. The ODI matches are turning out to be an unnecessary disturbance.

Mumbai Indians won the IPL 2020 and will look to repeat their performance in IPL 2021 which starts on April 9. India had 5 players from the Mumbai Indians squad namely Suryakumar Yadav, Ishan Kishan, Hardik Pandya, Rohit Sharma, and Rahul Chahar in the 19 man squad in the T20I series against England. Krunal Pandya of MI played the ODIs for the first time.

Virat Kohli Unhappy With The MOM And MOS Awards

Virat Kohli was also unhappy with the man-of-the-match and man-of-the-series awards saying that they should have been given to pacers Shardul Thakur (4/67 and 30 off 21 balls) and Bhuvneshwar Kumar (6 wickets in three matches and economy rate of 4.65) respectively. England’s Jonny Bairstow was declared man of the series and Sam Curran was the man of the match.

The 32-year-old said that he was impressed by the depth of India’s batting comprising of Rohit Sharma, Shikhar Dhawan, KL Rahul, Rishabh Pant, Hardik Pandya, Shreyas Iyer, and the rising stars Suryakumar Yadav, Shubman Gill, and Ishan Kishan besides Virat Kohli himself.

“Death overs batting was extremely good. If the top three can get a hundred, then we can get scores in the range of 370 and 380. This win has been sweet because it’s against the top team in the world.”

India captain Virat Kohli said after claiming the ODI series with a seven-run win in a tense decider on Sunday that it had been “sweet” to beat old rivals England in every contest on the three-month tour. Virat Kohli predicted “exciting times” ahead for his triumphant side who are now expected to depose England as the world’s top one-day side in the ICC rankings in ODIs before they host the Twenty20 World Cup later this year.