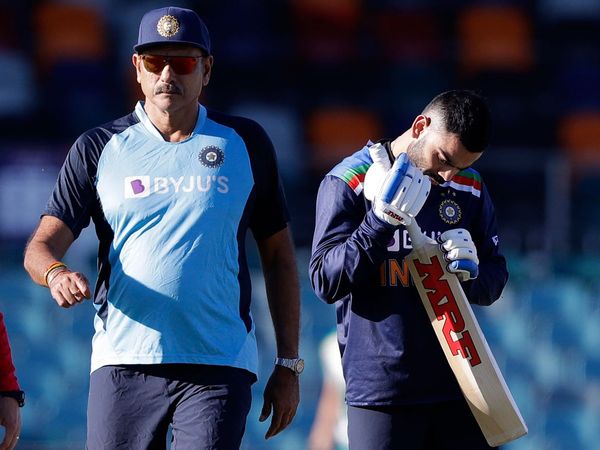 Indian skipper Virat Kohli is eyeing a major record in the first Test against England. He is just 14 short of overtaking former West Indian skipper Clive Llyod in the list of most runs scored by a Test captain. Virat has had a good run in the last two Test series against England. After Kohli’s forgetful England tour of 2014, he has scored over 1000 runs in the next two series against the opposition. Virat Kohli scored 655 runs in the 2016-17 series followed by 593 runs in the 2018 series.

Virat Kohli Aiming To Get Past Clive Lloyd

Meanwhile, Virat Kohli is s only 14 runs away from surpassing Clive Lloyd’s tally and becoming the 4th highest run-getter in the longest format as captain. The only players above Kohli and Lloyd in the list are Graeme Smith (8,659), Allan Border (6,623), and Ricky Ponting (6,542).

The upcoming series against England is a comeback of sorts for the Indian skipper. He was back home on parental leave after the first Test against Australia. Ajinkya Rahane led India in the final three Tests and led India to a series win against the Aussies.

India will high on confidence after their historic win Down Under beating Australia 2-1 in the four-match Border-Gavaskar Trophy. The return of Virat Kohli augurs well for the side as well.

Meanwhile, both the team have started staying at the Leela Palace Hotel for the first two Tests. Joe Burns, speedster Jofra Archer, and all-rounder Ben Stokes arrived earlier in India after being rested for the series in Sri Lanka. The trio, having served their quarantine period, began training at Chennai’s M.A. Chidambaram Stadium on Saturday. The full squad will train for the first time on Tuesday afternoon, a team spokesman said.

X
Sam Curran Who’s Rested For First 2 Tests, Is Hopeful To Contribute To The…CricketSam Curran, England’s all-rounder is rested as part of England’s rotation policy for the two Tests in but will be joining the side for the remainder o…
close