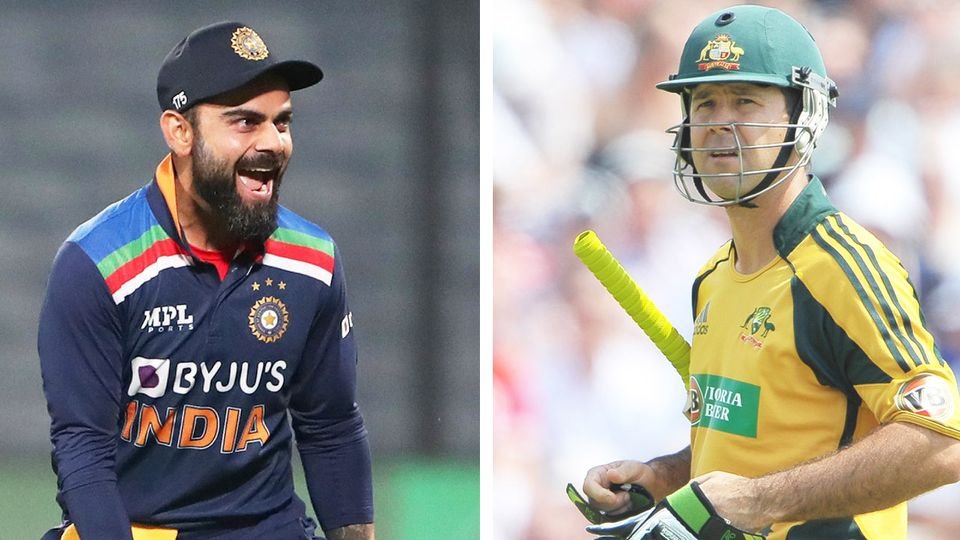 Virat Kohli became only the second player in the history of cricket to score over 10,000 runs batting at No.3 position. He achieved the feat during the 2nd ODI against England at Pune, as the Indian skipper registered his 105th fifty-plus score (62 fifties and 43 hundred).

En route to the excellent knock he completed 10,000 ODI runs and is now second only to Australian great Ricky Ponting, who had scored 12662 runs in 330 innings batting at No.3.

Virat Kohli Reached The Milestone To Score 10,000 Runs At No. 3 In His 190th ODI Innings At That Position

The Indian skipper reached the milestone in his 190th ODI innings with an average of over 60. He eventually got out for 66 off 79 balls to Adil Rashid, extending his century drought to 490 days now.

Third on the list of most ODI runs, batting at No.3 is Sri Lanka great Kumar Sangakkara with 9747 runs in 238 innings, followed by Jacques Kallis with 7774 runs in 200 innings and Kane Williamson with 5421 runs in 117 innings. Australia’s Dean Jones is fifth with 5100 runs from 131 innings.

Earlier, Virat Kohli had surpassed former South Africa captain Graeme Smith in the list of most ODI runs scored as captain. Needing 41 runs to surpass Graeme Smith’s ODI tally of 5416 runs in 150 ODIs as captain, Virat Kohli got to the milestone in 50 balls.

Ricky Ponting leads the list of maximum run-scorers with 8497 runs in his 234 ODIs as captain, followed by former Indian keeper ex-skipper MS Dhoni with 6641 runs in 200 ODIs as captain. Former skippers Stephen Fleming and Arjuna Ranatunga are in the third and fourth spots. Virat Kohli has over 12,000 runs in over 240 appearances in ODIs averaging nearly 60.

India was put in to bat by Jos Buttler-led England. India scored 336/6 in 50 overs with KL Rahul top-scoring with 108. Virat Kohli scored 66 and Rishabh Pant played a whirlwind inning of 77 off only 40 balls.