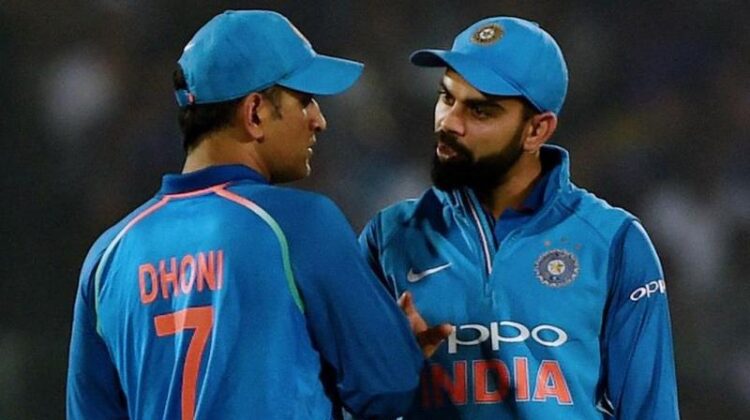 Virat Kohli achieved another elusive feat as captain as he joined the likes of MS Dhoni and Mohammad Azharuddin in an elite list for Team India.

Virat Kohli became the third Indian to lead the national side in 200 international matches. Virat Kohli joined former Indian captains MS Dhoni and Mohammad Azharuddin in an elite list after achieving the feat during the ongoing third and final ODI against England at the MCA Stadium in Pune.

Virat Kohli, who took over Test captaincy from keeper MS Dhoni in 2014 was handed over the limited-overs captaincy in 2017, has come a long way in establishing his credentials as one of the best leaders in world cricket at present.  He has so far captained India in 60 Tests, 45 T20Is and is currently leading the side in his 95th ODI against England in Pune.

Virat Kohli has already led India to back-to-back series wins against England in their ongoing tour of the subcontinent and will be looking to mark his 200th appearance as captain with a win in the series-decider of the ODI series. India won the opening ODI in Pune by 66 runs before England stunned the hosts with a six-wicket win in the second game.

Despite posting a strong total of 336 runs on the board, India lost the second ODI as the duo of Ben Stokes and Jonny Bairstow took the Indian bowlers to the cleaners and helped the visitors pull off a successful run chase with 39 balls to spare. India will be looking to complete a hat-trick of series wins against England with a victory in the third and final ODI.

India was put to bat first by England in the series-decider and got off to a good start as openers Shikhar Dhawan (67) and Rohit Sharma (37) added 103 runs for the first wicket before the hosts lost wickets in quick succession and were reduced to 121/3 inside 18 overs after Virat Kohli was dismissed cheaply on 7 off 10 balls.

Rishabh Pant’s quickfire 78 and Hardik Pandya’s 64 rescued India as they were dismissed for 329. England is 30/2 in the 4th over losing dangerous Jason Roy and in form Jonny Bairstow early.

Kuldeep Yadav hasn’t been included in the playing XI for India, with T Natarajan replacing him. Meanwhile, Mark Wood who took 3 scalps has replaced Tom Curran. Adil Rashid has taken two wickets for his side. Moeen Ali, Ben Stokes, Sam Curran, Reece Topley, and Liam Livingstone have registered a dismissal each.