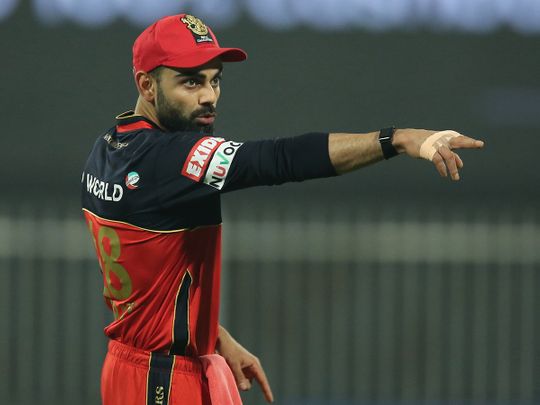 Virat Kohli, Royal Challengers Bangalore (RCB) captain upon arriving in Chennai ahead of the season opener against Mumbai Indians, has said that he was feeling very optimistic and is having a good feeling of RCB’s prospects this time around.

Ahead of the IPL 2021, Royal Challengers Bangalore (RCB) captain Virat Kohli arrived in Chennai on Thursday and said that he was very optimistic about his team’s chances of lifting the trophy this year.

The 32-year-old, who will now lock himself in his hotel room while serving the mandatory 7-day quarantine period, added that it feels like yesterday that the entire squad was together.

“It feels surreal. Honestly, it doesn’t feel like we went away for too long as there was a lot of cricket in between as well but yeah, very excited that we are playing in India again.

“Although in a different way, in a different setting. I am very optimistic and yes I have a good feeling this time around,” Virat Kohli said in a video posted by RCB.

Virat Kohli’s teammate and talismanic batsman AB de Villiers was another star to land in the south Indian city on Thursday. “The spaceship has landed!” RCB tweeted with a picture of the star batsman. The 37-year-old echoed Virat Kohli’s sentiment and expressed his happiness to be back in India for the showcase T20 tournament. Mr. 360 degree is also hoping to win a lot of games with RCB’s new-recruit Glenn Maxwell.

“It was a long journey. Very happy to be back with you, it feels like yesterday that we finished the IPL. I feel we have the momentum from the last tournament and we’ll have a lot of fun,” said de Villiers.

“There are some new names but also old names, the people I have known for ages. Dan (Christian) has been with before, it’s Maxi’s (Maxwell) first time but we all have seen him so often in the IPL, hopefully, a lot of games for us to win together,” Devilliers said.