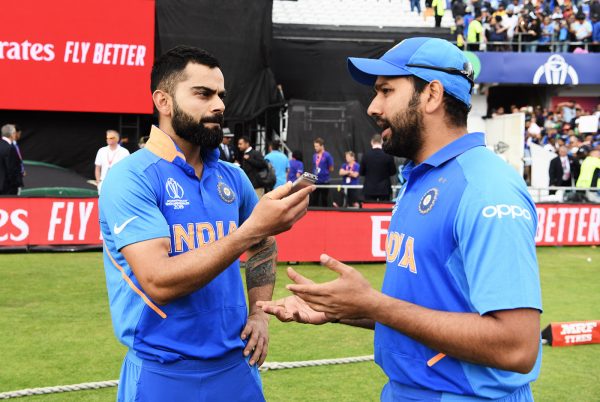 Team India skipper Virat Kohli and Rohit Sharma have maintained their top spot in the latest released ICC ODI Rankings for batsmen. On the other hand, ace fast bowler Jasprit Bumrah has occupied the third spot in the bowler’s rankings.

Stirling jumped eight slots to reach 20th place after scoring 285 runs against Afghanistan which included centuries in the second and third matches. On the other hand, Mehidy has progressed nine spots to take the fourth position after grabbing seven wickets including a haul of four for 25 in the second ODI that won him the player of the match award.

On the other hand,  Rohit Sharma, who missed the ODI series against the Aaron Finch-led side owing to a hamstring injury, remains at number two, five points ahead of Pakistan’s Babar Azam. In the list of all-rounders, Ravindra Jadeja has moved down by a spot and is currently at number eight.

Indian cricketers will have a chance to improve their rankings once again when they lock horns with England in the three-match ODI series starting March 23 in Pune.

Here is the full list of ICC ODI Rankings:

Back to Top
Close Add post
X
England Cricketers Arrive In Chennai For First Two Tests Vs India…CricketEngland cricketers led by skipper Joe Root reached Chennai on Wednesday for the first two Tests against India. Root and Co reached the city around 10.…