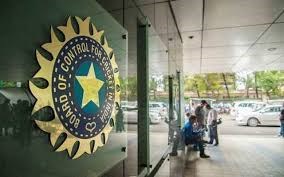 The England and Wales Cricket Board (ECB) said that it is considering the request of the Cricket Board of India, following which the Indian men’s cricket team in England will be allowed to play in the county ahead of the five-Test series against the hosts. There will be a chance to play a warm-up match i.e. a practice match against the Select XI.

An ECB official said that “We are aware of the request of the BCCI (Board of Control for Cricket in India) to organize a three-day warm-up match against a County Select XI as part of the creation of the Indian men’s Test teams for five matches. We are working through the operations and COVID-19 protocols to make sure whether we are able to deliver it or not and then confirm it.”

As per the current schedule, the Indian team is on a three-week break, which began after the World Test Championship (WTC) final last month, and will have a camp in Durham from July 15. The Test series begins in Nottingham from 4 August.

Due to the COVID-19 pandemic and restrictions, Virat Kohli & Co was expected to play only a few infra-squad games and no outings against any local county side. However, Kohli had expressed his displeasure at the current schedule after the WTC final. The ECB official said that the Indians will travel to Nottingham on August 1.