Virgin River Season 3: Release Date, Cast And What Will Happen In Season 3? – Crossover 99 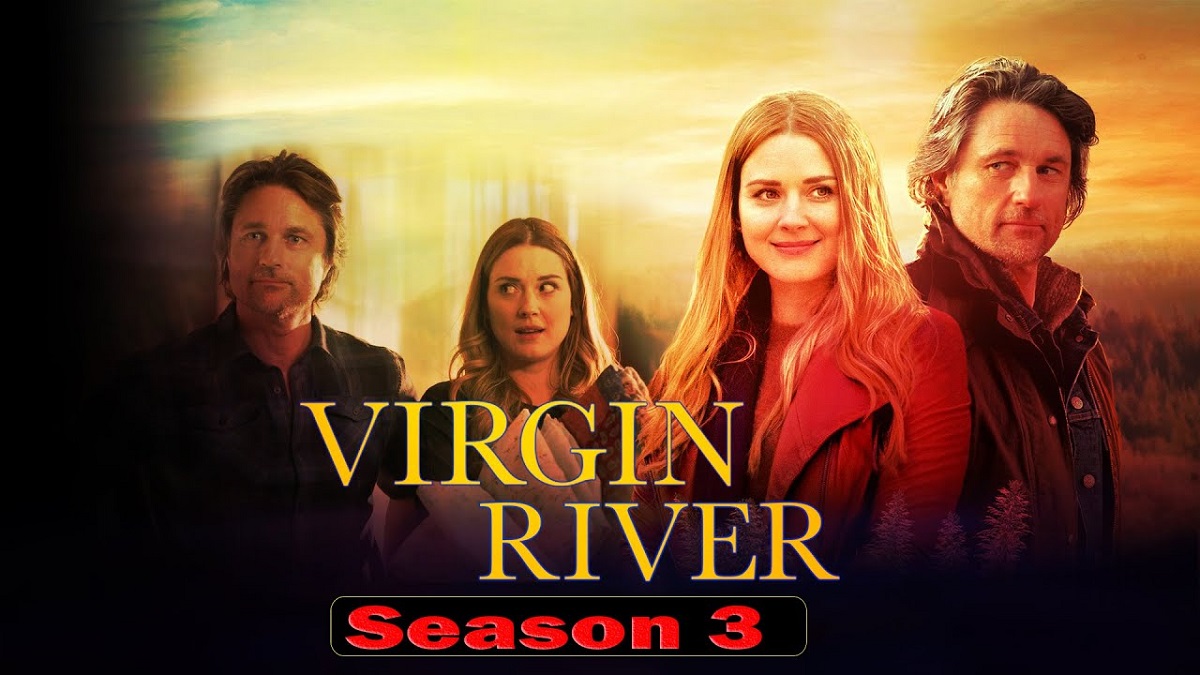 Will Virgin River have a third season on Netflix? Find out everything right now!

The second season of Virgin River arrived on November 27, 2020, in the Netflix catalog, almost a year after the premiere of the first season. This waiting time is normal, even though they were recorded practically together back in 2019.

Considered the most successful Netflix original romance series, fans already want to know: Will we have a third season? Let’s talk about it in this post here! Warning: this post will have spoilers. We’ll let you know when they start.

When young Melinda Monroe receives a job offer, she decides to move from Los Angeles to the small town of Virgin River. But she soon realizes that life in this remote place is more difficult than she imagines.

In the second season, Virgin River may be a small town, but that doesn’t mean it is quiet. A lot happens there: engagement, amorous disappointments, and even murder. Mel Monroe wanted peace, but there is still a lot of drama to come.

Netflix takes a few months, depending largely on the reception of the series, to confirm whether it will or not a continuation. Until everything is officially confirmed, a lot of rumor goes out, and it was the case of Virgin River.

In July 2020, before the second season premiered, there was a rumor that Netflix had signaled to see the development of the third season of the series begin. Along with this rumor, the website Production Weekly reported that the platform had started this production and that its filming would start between August and December 2020.

Near the premiere of the second season, actors Martin Henderson and Alexandra Breckenridge, who star in Virgin River as the main couple, posted on Twitter a countdown that was only seven days away from the second season. the video they recorded may have been made directly from the set of the third season, which was secretly being recorded for now.

Also, a Twitter user named Jen Eggleston found the location where the recordings were supposed to be taking place in the city of Cleveland. There, there was a notice informing the schedule of these recordings and how they would be made. It is worth noting that the date seen at the top of the paper is August 2020, and the year 2019 appears shortly thereafter. We suspect it was just a mistake, although it may be deliberate just to confuse people.

RELATED:  Everything We know About 'Riverdale' Season 5 - Crossover 99

Anyway, this warning was found a few months ago and fits perfectly with the suspicion of the beginning of the recordings.

Virgin River is renewed for the third season on Netflix! Also, Zibby Allen (The Flash, Grey’s Anatomy) will join the main cast of the series, and Stacey Farber (Saving Hope, Diggstown) was chosen for a role in the recurring cast.

Allen will play Brie, Jack’s sister ( Martin Henderson ). Brie is an intelligent, aggressive, courageous, and very funny lawyer, according to the description that the site brought.

Who else in the cast will return to the series?

Besides them, another novelty will be Jasmine Vega, from the series The Dark World of Sabrina, who will play Stella in the new episodes.

RELATED:  Adele Celebrates A Decade Since The Release Of ’21’

When will it debut?

With the third season confirmed by Netflix, we guess that she will repeat the formula and launch Virgin River at the end of 2021. There is no reason for the date to be brought forward, mainly due to the pandemic, which delayed all her productions. Regardless, the period of at least one year of spacing between seasons must be maintained. We will update you when this information is released.

What will happen in season 3?

Like the first two, the third season will also be based on a Robin Carr book called Whispering Rock, which introduces new characters to the plot. From now on we will have some possible spoilers.

Below, I will put a description of some new characters that should appear in the third season and that can dictate the pace of it.

From the story in the book above, only Brie is confirmed to appear, however, we still don’t have any plot details. We will update this story as soon as we have confirmation of the story that will be told.

Malaika Arora shares a glimpse of her daily hustle

Meher takes a stand against domestic violence in Choti Sarrdaarni