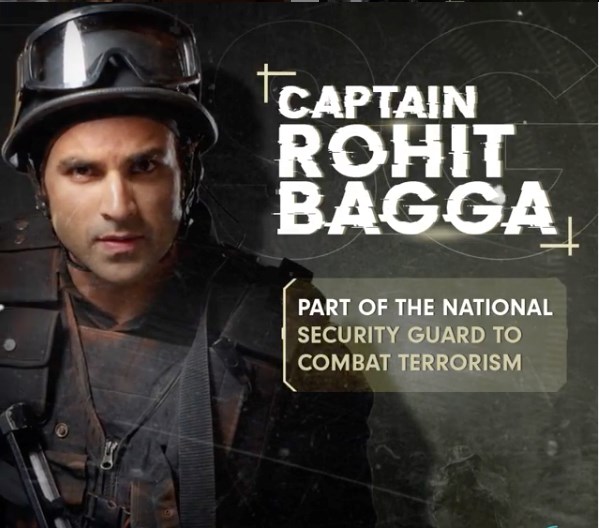 After their superhit retelling of 26/11Mumbai attacks in the State of Siege: 26/11, team of ZEE5 is back with yet another siege story : ‘State of Siege: Temple Attack’. The film is going to release on 9 July only on Zee5. Actor Vivek Dahiya will be seen playing the role of Captain Rohit Bagga in the film.

Sharing a glimpse of his character, Vivek wrote,” A rookie in the NSG, but an expert at serving his country! #StateOfSiege: Temple Attack, premieres 9th July in Hindi, Tamil & Telugu only on ZEE5.”

The video clip describes him as Captain Rohit Bagga part of the National Security Guard to combat terrorism, deployed at Ahmedabad for his first active mission and commando in the 14-hour long siege operation.

The film which is the web debut of Akshaye Khanna is based on the 2002 attacks at Akshardham Temple in Gandhinagar, Gujarat. Over 30 people lost their lives and 80 were injured in this gruesome attack. The National Security Guard came at the destination and took charge of the situation. They killed the terrorists and got the situation under control.

The teaser of the film was released recently and it’s spine chilling. The teaser if full of suspense, tension and thrill and has excited the audience for the film. Directed by Ken Ghosh, produced by Contiloe Pictures, the film also features Gautam Rode, Manjari Fadnis, Akshay Oberoi and Samir Soni. Film will stream on ZEE5 from 9 July.

Meanwhile, Vivek was recently seen spending quality time with his wife Divyanka Tripathi Dahiya as they got reunited after a long time. The actress was in quarantine post she returned back from her shoot in Cape Town for Khatron Ke Khiladi season 11.

Vivek Oberoi issues an amusing apology to Mumbai Police for riding the bike without...

When Divyanka Tripathi Dahiya snooped into Vivek Dahiya’s phone and got caught | Bollywood...

Important for Virat Kohli to have a vice-captain like Ajinkya Rahane: Vivek Razdan