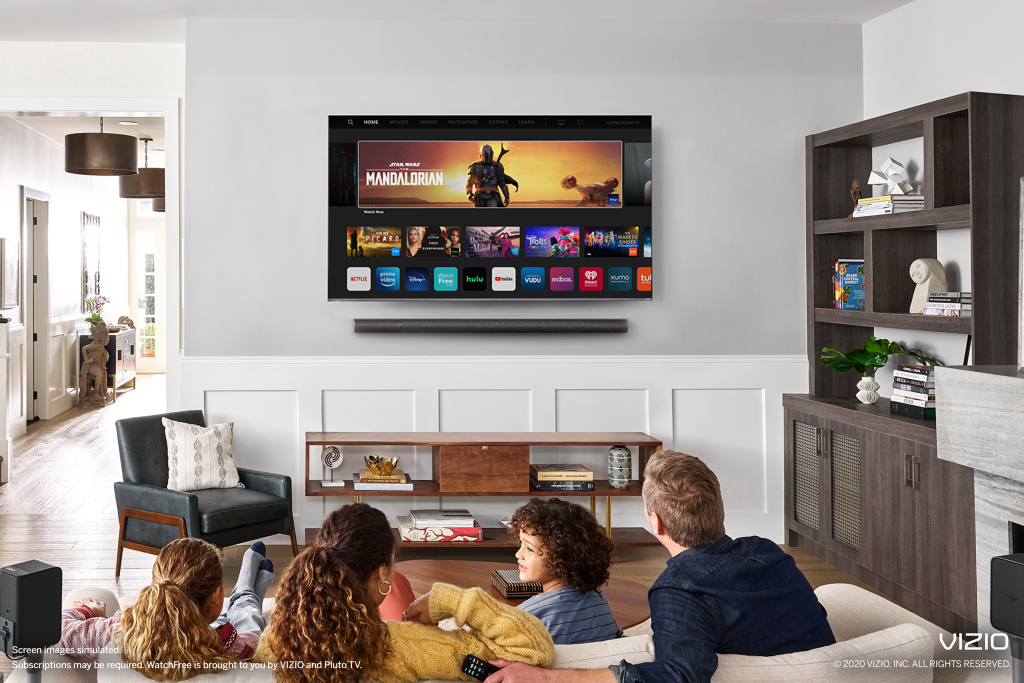 Vizio, the No. 2 maker of smart TVs in North America and a rising player in streaming distribution and advertising, had its initial public offering this morning.

While Covid-19 safety restrictions are limiting the numbers and high-fives, executives from the Irvine, CA-based company are ringing the bell at the New York Stock Exchange. The offering of 12.25 million shares using the ticker symbol VZIO was priced at $21. Vizio, which was founded in 2002 by William Wang, who is its chairman and CEO, is looking to raise up to $174 million from the IPO.

The hardware business is growing steadily, with Vizio trailing only Samsung in the smart TV sector. But software — specifically, the company’s SmartCast streaming platform — has emerged as a strategic focus. Revenue from the company’s platform business quadrupled from 2018 to 2020 to $147.2 million. Total company revenue topped $2 billion in 2020, with hardware sales rising 7%.

Subscription streaming apps, free, ad-supported services and advertisers have flocked to SmartCast, which now has 12 million monthly active users. Total viewing time on rocketed 173% in 2020 compared with 2019, reaching 12.3 billion hours. Platform+, the business unit that includes SmartCast, “will be the key driver of our future margin growth and financial performance,” the company said in an SEC filing ahead of the IPO.

A range of advertising opportunities drive revenue, including revenue sharing with programmers and distribution partners as well as activations on the device home screen. In the fourth quarter of 2020, the company said average revenue per user on SmartCast was $12.99, up from $7.31 in the same period of 2019.

Mike O’Donnell, chief revenue officer for Vizio, told Deadline in an interview that the company has been working for the past few years to refine its approach to streaming. Vizio is comparable in some ways to Roku, he acknowledged, in terms of being positioned as a nexus of streaming and an aggregator of ad dollars and viewing options. But unlike Roku, which is increasingly moving away from its hardware roots, Vizio sees its devices as a key complement to SmartCast.

“There’s this massive shift of eyeballs into the streaming world,” he said, and ad dollars are following. “We think having the integrated experience of hardware and software puts us in a position to continue to do streaming well. We’re building on that to create more features and products for the future of television, where the television is the center of the connected home.”

One advantage smart TV has over other connected devices is that their makers can measure viewing “on the glass,” meaning any video tuned in over the air, through pay-TV or streamed online. That more comprehensive data, in turn, has the potential to move the needle on advertising.

Developing a pitch to advertisers has not always been a smooth process. In 2017, Vizio agreed to pay $2.2 million to the Federal Trade Commission and the state of New Jersey to settle complaints it had secretly collected viewer data and sold it to third parties. A core objection centered on Vizio devices, reflecting a common practice by many tech companies, defaulting to a data-collection setting that required viewers to opt out if they didn’t want their information captured.

The company has since updated its approach to data gathering, earning kudos for the improvements from watchdogs like Consumer Reports. “Today, we have by far the most transparent consumer opt-in — not opt-out, but consumer opt-in — in the marketplace,” O’Donnell said. The company’s current setup has seen opt-in rates in the 80% to 90% range. Even those who opt out, O’Donnell said, “will still get a great SmartCast experience.”