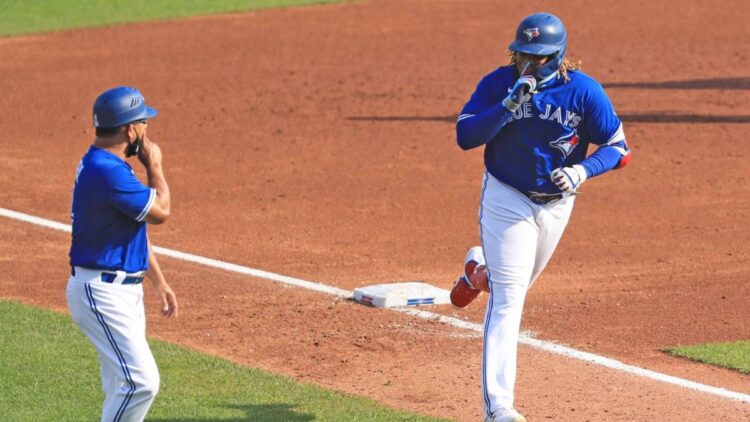 He’s an MVP-favorite for the 2021 season, he’s just 23 years old, and he’s poised to be a centerpiece for the NL East-favorite Atlanta Braves in 2021. He also starred in one of baseball’s signature 2020 moments, which led to this fantastic (and truthful) tweet, which I touched on earlier this year.

Through three seasons, the 2018 Rookie of the Year already has 81 home runs and 194 RBI’s through 2.5 seasons; he has two Silver Sluggers, an All-Star appearance, and a top-five MVP finish. He also is a career .281 hitter with an OPS above .900. Acuña, as much as anyone on this list, is a megastar waiting to happen. He’s confident, he pimps home runs, he comes through in big moments, he’s Spanish-speaking (and improving his English, which is far more complex than American natives assume), and he captures the spirit of what the sport is and where it should be going.

Lean into your Acuña stock; the ride will be worth it. Plus, he’s already done more in the playoffs than Mike Trout, but you can blame the Los Angeles Angels for that.

This list could go on forever, so if you’re mad that a guy you think should be on here isn’t, smoke some weed and relax. It’s legal in a lot of places now, including New York as of yesterday. And… enjoy Opening Day.