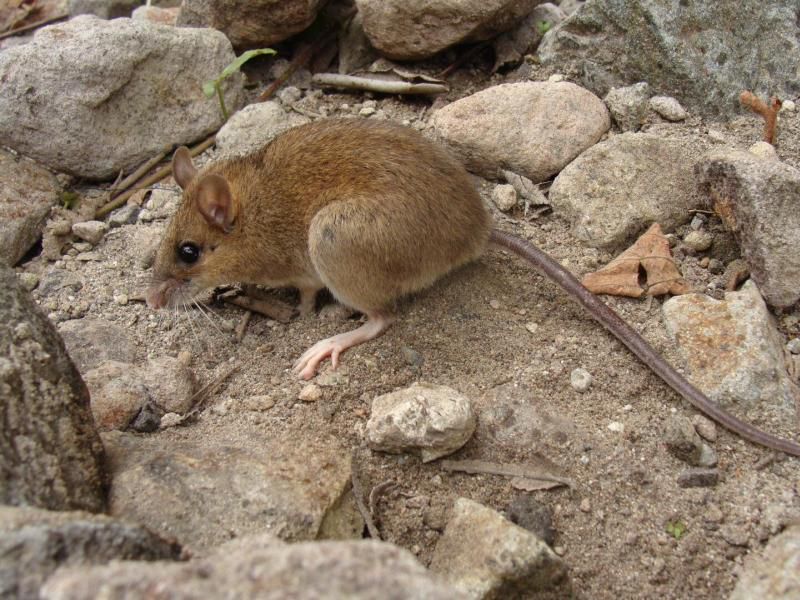 In June 1991, Mount Pinatubo, a volcanic peak on the Philippine Island of Luzon, erupted, killing 800 people and covering its surrounding environments in up to 180 meters (or 600 feet) thick deposits of lava and ash. It was the second-most powerful volcanic eruption of the 20th century, ten times stronger than the eruption of Mount Saint Helens in May 1980. Avalanches of hot rock fragments and toxic volcanic gases destroyed the lush forests that covered the mountain prior to the eruption. Following the eruption, powerful typhoons and monsoon rains triggered landslides and ash flows that continued for many months. Even after 30 years, the dry and unstable ash and lahar deposits are only sparsely covered by small clusters of plants, including bamboo, shrubs, low-growing vines, and a few trees.

Luzon’s old-growth forests contain a great variety of native species, and scientists are particularly interested in how they survive amid a volcano’s eruption.

There were no surveys of the mammals on Mt. Pinatubo prior to the eruption. However, specimens housed in the US National Museum of Natural History provided some records from lower elevations around the mountain. Most of these early records were for common species of bats collected in the 1950s, but one specimen was particularly intriguing. Apomys sacobianus, the Pinatubo volcano mouse, was known only from this example. It seemed possible that the species might have been lost, wiped out by the eruption.

In early 2011 and again in 2012, twenty years after the eruption, Field Museum researcher Danilo (Danny) Balete went to Mt. Pinatubo to study its mammal fauna. Over the course of several months, Balete and his team of field assistants (including local men from the Aeta tribe) surveyed the mammals on the mountain, from the bottom to near the top where the forest had been devastated by the eruption.

The survey, published in the Philippine Journal of Science, produced some very surprising results – a total of 17 species were documented, including eight bats, seven rodents (five native and two non-native species), and even two large mammals (wild pig and deer). Despite the harsh conditions and sparse vegetation, native rodents were abundant everywhere. Most surprising of all, the most abundant species, overwhelmingly, was the volcano mouse, thriving in this greatly disturbed landscape.

As Pinatubo recovers from the damage done by the eruption, the forests will return, and other species will move in. Like Mount St. Helens in a temperate climate, Pinatubo could become a living laboratory to study how plants and animals recover after a volcanic eruption in a tropical environment.

Back to Top
Close Add post
X
Worrisome New Coronavirus Strains Are Emerging. Why Now?…Science“That suggests there’s an advantage to these mutations,” says Stephen Golstein, an evolutionary virologist who studies coronaviruses at the University…

Volcano Mouse Thought To Be Extinct Found Alive And Well

X
The Coronavirus Pandemic Forces Virtual Science Fairs – And That’s Okay…ScienceIf you read my biography, I guess you could say that my career has been rewarding. I was a NASA scientist, the President of the American Meteorologica…
close