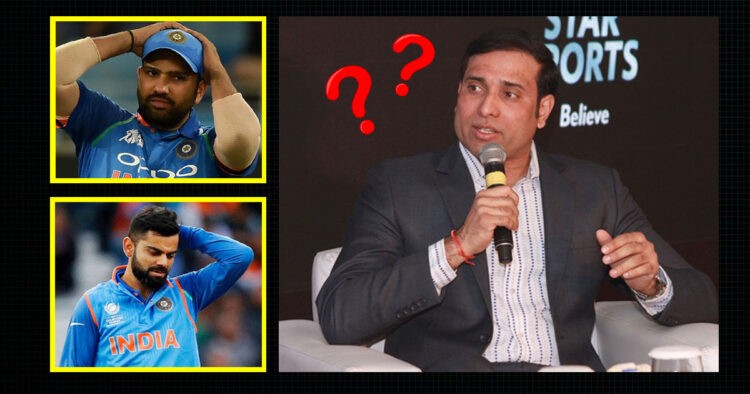 Indian skipper Virat Kohli and his deputy Rohit Sharma were both out to spin in the third and final ODI against England. Rohit was dismissed by 37 by Adil Rashid’s googly while Moeen Ali bowled Virat Kohli with a massive spinning delivery. This was the ninth time Ali dismissed Kohli in international cricket. Rashid too has dismissed the Indian skipper nine times in international cricket.

Reacting to the same former Indian batsman VVS Laxman said that Rohit and Kohli both getting out to spin is a matter of concern. The two senior Indian batsmen are the best players of spin in the current Indian team. However, both fell to spin in the decider. Laxman said that both the batsmen not able to read the deliveries is a matter of concern as well.

“The dismissal of KL Rahul was really unfortunate but then both Virat Kohli and Rohit Sharma will be disappointed when they see their dismissal in the replay. This has almost become a pattern against the spinners,” Laxman said on Star Sports.

Rohit Sharma, Virat Kohli Getting Out To Spin A Concern: VVS Laxman

“Rohit not being able to read the googly against Adil Rashid. And then Virat Kohli looked to play through the off-side against the turn, giving himself room and then missing it. It’s definitely a cause of concern because Indian players are supposed to be excellent batsmen against spin bowling,” he added.

Rohit scored 90 runs in the three matches, while Kohli scored 129. Shikhar Dhawan was the top-scorer among the Indian batsmen with 169 runs. Rishabh Pant scored 155 runs in just two games striking at over 150.

Among the Indian bowlers, Shardul Thakur picked up seven wickets, Bhuvneshwar Kumar and Prasidh Krishna six each. All the bowlers will now join their respective IPL franchises for the upcoming season.

All the franchises have started training for the upcoming IPL season. Many foreign players are also on their way to India to join the respective teams. The IPL 2021 will kick off from April 9 with Royal Challengers Bangalore and Mumbai Indians facing off in the season opener in Chennai.