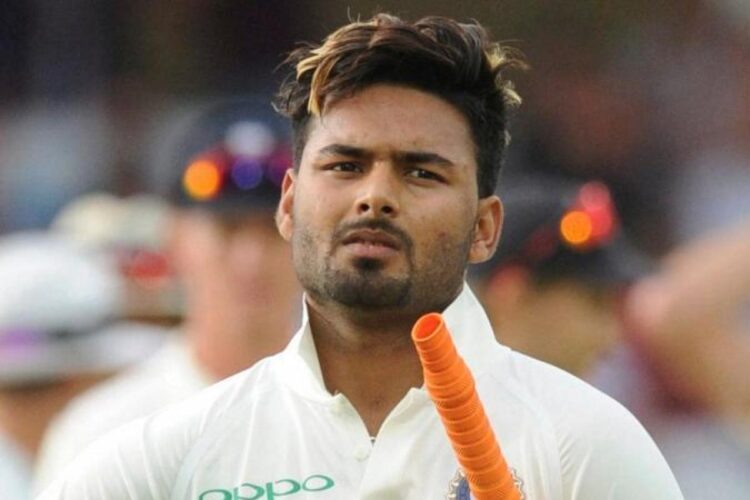 VVS Laxman congratulated the Indian cricket team for a magnificent season which saw them winning the Test and T20I series in Australia and all the series across all formats against England at home.

India had a hectic international season after their break due to the ongoing Covid-19 pandemic, and the team pulled off an impressive run of performances, winning five series out of six against Australia (away) and England (home). They lost only the ODI series against Australia.

VVS Laxman: Highlights Of The Season Has To Be Series Win In Australia

In his column for the Times of India, VVS Laxman wrote, “The adrenaline rush following India’s most memorable season continues unabated. From Australia in November to Pune in March has been an emotional rollercoaster, the magnitude of India’s accomplishments highlighted by extenuating circumstances.”

India was bundled out for just 36 runs in their second innings in the first Test against Australia in Adelaide, losing the day/night Test by 8 wickets. India bounced back to win the second Test in Melbourne, showed remarkable resilience to draw the third Test in Sydney, and won the fourth Test in Brisbane for their second successive Test series triumph on Australian soil.

“The highlight of the season has to be the Test series win in Australia. To me, that will remain India’s greatest Test series triumph. To bounce back the way they did, especially after the Adelaide meltdown and without their captain for the last three Tests against a full-strength Australian side in their own backyard was a little short of extraordinary.” Laxman added.

VVS Laxman heaped praise on keeper Rishabh Pant who came up with match-winning knocks in Test series wins in Australia and against England at home before sealing his spot in the limited-overs side. Rishabh Pant also smashed 77 and 78 in the last two ODIs against England as India won the series 2-1 in Pune.

“The undisputed star of the show, across formats, has to be Rishabh Pant. His growing maturity and situational awareness manifested themselves each time he batted. Equally significantly, I am amazed at the grand strides he has made as a wicketkeeper, especially on difficult pitches at home against England during the Tests when he was scarcely troubled by appreciable turn and unpredictable bounce,” Laxman opined.

Since the Australia tour, Rishabh Pant played 7 Tests and amassed 544 runs averaging 60.44 while in ODIs, he averaged 77.5 playing only 2 of them as he wasn’t considered in the limited-overs series against Australia.

VVS Laxman: India Can Also Take Pride In Defeating England In Both White Ball Formats But Wrist Spinner’s Form Cause Of Concern

VVS Laxman lauded Virat Kohli-led India for their series victories against England in both white-ball formats. India won the 5-match T20I series 3-2 and the ODI series 2-1.

“India can also take pride in their conquest of England in both white-ball formats. To tame the world’s top-ranked side on flat pitches despite losing seven of eight tosses speaks to the character and resilience of a team that has clearly been massively influenced by the infusion of positivity from head coach Ravi Shastri.” Laxman wrote.

But VVS Laxman expressed his concern over the decline in the quality of Indian spin bowling. In the second ODI against England, Kuldeep Yadav conceded as many as 84 runs off his 10 overs without picking a wicket. Yuzvendra Chahal, who has been often been taken to the cleaners in T20Is, was rested for all three ODIs against England.

“There still are a couple of areas of concern, though, pertaining to limited-overs cricket. With three World Cups lined up over the next two and a half years, there is a pressing need to ensure the presence of a sixth bowling option at all times. More alarming is the steady decline in the quality of spin bowling in the 50-over format, specifically. “

“Lack of skillsets will be exposed more damningly in this variant. Yuzvendra Chahal seems to have lost the confidence of the team management and Kuldeep Yadav has been out of sorts for a while, ” Laxman added.

“A word of praise for Nitin Menon is in order. He is in his early days as an international umpire but his composure and decision-making have been impeccable, and I see him having a long and illustrious career at the highest level,” VVS Laxman concluded.

India must give more chances to spin-bowling all-rounders like Washington Sundar, Axar Patel, Krunal Pandya, or medium-pace all-rounders like Vijay Shankar or Shivam Dube. The management should get them into the squad and give them game time so that a back-up is created for Hardik Pandya, who isn’t bowling much nowadays.