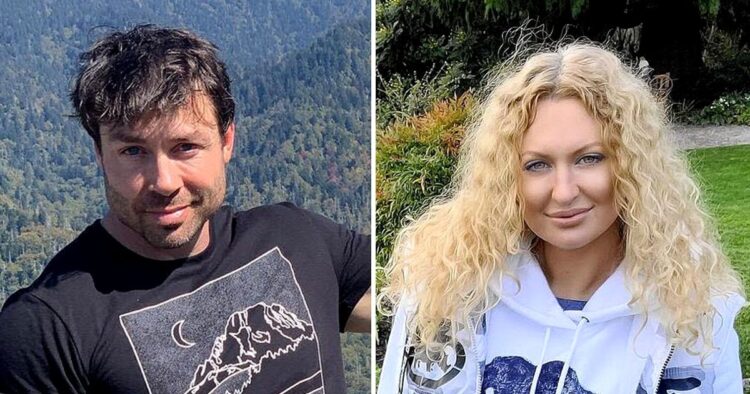 At first, fans didn’t know what to expect when he shared a clip showing them seemingly running into each other’s arms from a distance, captioned, “Only you Natalie…” By the end of the video, Natalie embraced a tree while Geoffrey, 42, cuddled up to his dog, giving his followers a laugh at their social media prank.

“Haha, I love this so much. You both deserve a beautiful happy ending. Even if it’s not each other,” one person replied. Natalie, 35, also commented on the cute post with laughing emojis, adding, “Happy [April Fools’] Day.”

90 Day viewers have seen Natalie go through a lot of relationship drama with Mike Youngquist, with whom she first appeared in season 7. The couple returned for season 8 and even tied the knot, despite him getting “cold feet” along the way.

Even though he initially called off their nuptials, In Touch previously confirmed Mike and Natalie did get married after all. According to online records, they exchanged their vows in Clallam County, Washington, on April 15, 2020. However, their union was short-lived.

Mike’s Uncle Beau Lawrence has since revealed they separated after less than one year of marriage in an exclusive statement to In Touch on March 23, 2021. “She has not been home for a couple of months now,” Uncle Beau, 51, shared about their status. “I’m really hoping [their relationship is over for good],” he added. “I pray to God.”

Similar to Natalie, Geoffrey’s storyline on the show was just as action-packed. The reality star originally joined the cast with Varya Malina, his long-distance girlfriend, but ended up in a love triangle with Mary Wallace in season 4 of Before the 90 Days.

Because the season ended in a cliffhanger, fans were left wondering about where he stood with both of the ladies until Mary shared an update in February 2021.

“No, I am not with Geoffrey,” Mary said in a since-deleted Instagram Live. “That ended, it has been over for a very long time, longer than you guys think that it is.”