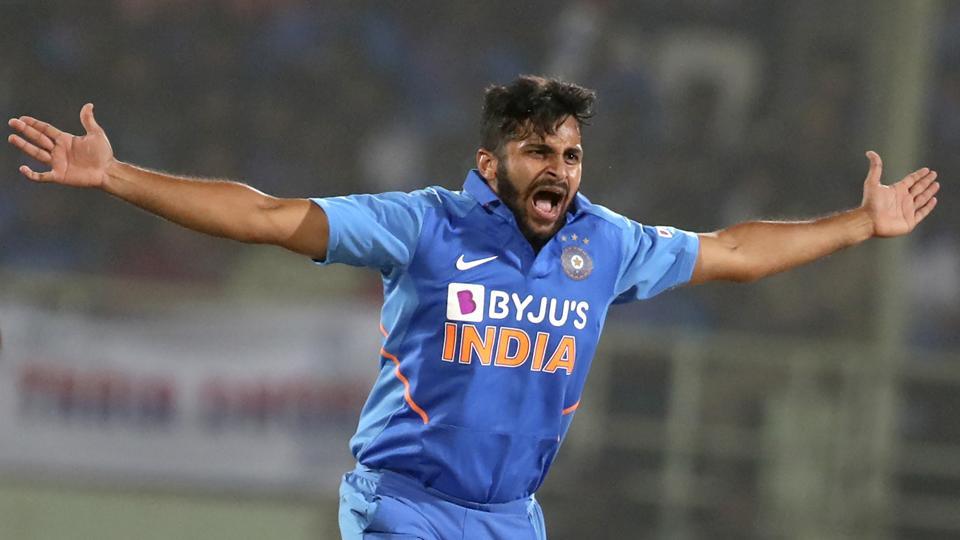 Shardul Thakur, in an exclusive interview with India Today, has opened up about his experience of holding the Indian flag at The Gabba after series win in Australia.

According to Indian pacer Shardul Thakur, holding the Indian flag and marching around the Gabba was a very emotional moment for him and the entire team after a brilliant 2-1 series win in the Tests against Australia.

“[Walking with the India flag] was a very emotional moment for me and the entire team. We won the match, that was the important part.All that matters is that India won the match [Gabba Test], we won the match in Gabba where Australia hadn’t lost a Test match in 32 years. I think, if I’m not wrong, the last time they lost at Gabba was against West Indies, a really good fast bowling attack, the best batting lineup- against the best West Indies side. And then, 32 years later, they lost against us,” Shardul Thakur told India Today in an exclusive interview.

“There were way too many injuries in this series for us, even Virat Kohli was in Indian on paternity leave, so we were almost a 2nd or a 3rd lineup left.  So we fielded a complete inexperienced bowling attack and even in the batting lineup we had Shubman Gill making his debut in the series, even Mayank had not play a lot of games for India. So we walked into the Gabba Test with very little experience in the team. Yet, we went on to win at the Gabba against Australia. Most importantly, we won the series 2-1 after facing a crushing defeat in the 1st Test.”

Being 1-0 down, losing the services of regular skipper Virat Kohli due to his paternity leave, having lost several key players like Ishant Sharma, Mohammed Shami, Umesh Yadav, Hanuma Vihari, Ravichandran Ashwin, KL Rahul and Ravindra Jadeja due to injuries at various stages of 4 match Test series, a second-string Ajinkya Rahane-led India staged a comeback as they won their second straight Test series on Australian soil. The win at Brisbane was more creditable as they even struggled to field an XI and finally fielded a team without any frontline bowler.

Shardul Thakur has reflected on the time when India were 1-0 down against Australia after the humiliating defeat in 1st Test in Adelaide. The Indian pacer shared how bouncing back in the Melbourne Test after being 36 all out in Adelaide, and being written off by many experts, was huge for the team.

“We were 36 all out in Adelaide, everyone had written off Team India because even Virat was flying back to India after that and people were convinced that we could easily lose 4-0 in the series. But to come back from there and win the Melbourne Test. Ajinkya Rahane batted very well at the MCG, one of the best innings he has ever played.”

“Then we pulled off a draw in the Sydney Test, even that draw was like a win for us. Then at the Gabba everyone witnessed the history that was created. It was rather difficult for us to soak the moment in at that point, so all we did was enjoy the moment,” he added.

The 29-year-old pacer shared it was important for the team to thank their supporters who had come to watch the historic game at The Gabba and waving the flag around was a way to acknowledge the crowd’s support.

“We also had a lot of supporters for India who were in Australia at the ground. So it was our responsibility to go around the ground and thank the fans at the venue, so in that convoy even I got to hold the flag.”

“Hence, it was a very emotional moment then because I was lifting the Indian flag because all we’ve done throughout our lives is salute to the Indian flag, sing the national anthem on 26th Jan or before a Test match or on 15th August. But being on the ground myself and taking the flag in my hands to thank all our supporters with everyone watching in India on their televisions, to get picturized with the flag as well, it was very emotional,” Shardul shared.

“But at the end of the day, the biggest happiness was India winning the series 2-1. We silenced all the critics after beating Australia in their own den.”

Shardul Thakur had made his Test debut against West Indies in October 2018. However, debut turned into a nightmare as a groin injury forced him to hobble off the field after bowling just 10 deliveries. He kept grabbing key scalps in both innings of 4th Test. He had figures of 3/94 and 4/61.