Walmart earnings, retail sales, and housing data: What to know in the week ahead 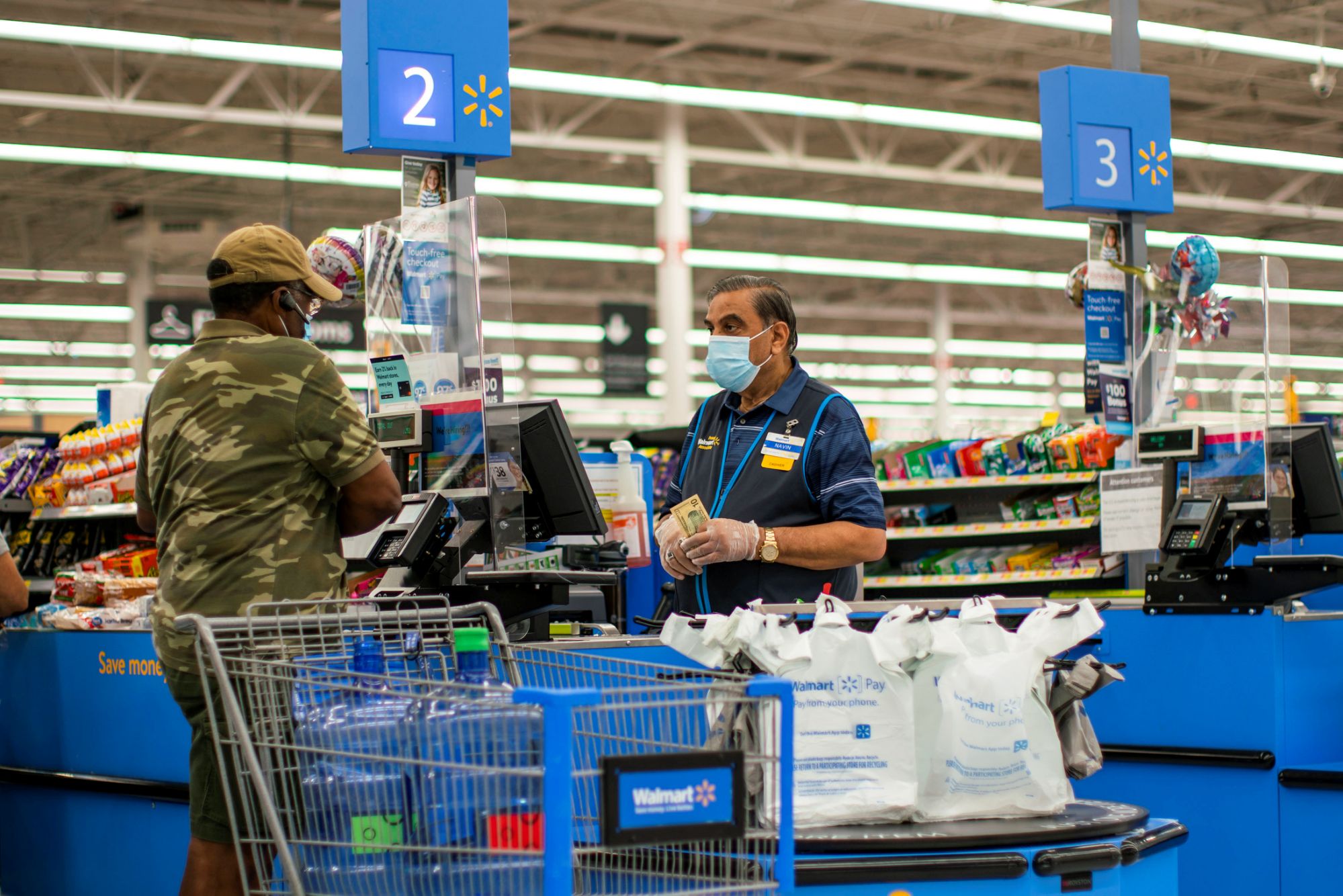 Once traders return from Monday’s Presidents Day holiday, data on the strength of the U.S. consumer will be in focus, with the Commerce Department’s monthly retail sales report and earnings results from retail giant Walmart (WMT) each on tap. A bevy of housing data is also due for release.

Consensus economists are looking for retail sales to rise by 0.9% in January over December, according to Bloomberg-compiled data. This would mark the first increase in three months after a year-end slump, and coincide with the rollout of stimulus checks to most Americans.

“The 1.2% month-over-month rebound in retail sales we expect in January is partly due to a price-related increase in gasoline sales, but we think underlying control group and food services spending also picked up for the first time since September,” Michael Pearce, senior U.S. economist for Capital Economics, wrote in a note Friday. “Stimulus checks hit most Americans’ bank accounts in early January, and new infection numbers fell throughout the month in most states. A rate of high-frequency indicators, including card transaction data, suggest that spending has begun to stabilize or even edge up.”

Recent credit card transaction data from Bank of America appeared to reflect stronger purchasing trends at the beginning of the year.

“Since the beginning of the year, total card spending is running at an average 5.6% year-over-year pace, up notably from the December average of 2.5% year-over-year,” Bank of America economists Michelle Meyer and Anna Zhou wrote in a note last week. “Looking at the monthly average, we find that retail sales ex-autos increased an impressive 4.6% month-over-month seasonally adjusted for January, setting up for what we expect to be a very strong Census Bureau report on February 17.”

December’s 0.7% drop in monthly retail sales came as sales at restaurants, bars, department stores and electronic stores slid further. Even sales in the category of “non-store retailers” — which approximates e-commerce sales — fell in December, but remained higher by more than 19% over the same month last year. And while retail sales have fallen on a month-over-month basis for the past three months, they have remained higher year-over-year to exceed pre-COVID levels since the summer.

One retailer in particular, however, has so far seen sales consistently power higher throughout much of the pandemic. Walmart’s fourth-quarter results, due for release Thursday afternoon, are likely to show another surge in sales growth and profitability, as customers especially turned to big-box retailers to consolidate shopping trips during the pandemic.

Same-store sales in the U.S. are expected to grow another 6.4%, matching the growth rate from the third quarter. Investors will also be looking to see whether Walmart managed to maintain momentum in e-commerce to keep pace with competitors like Amazon (AMZN) and Target (TGT). The company grew e-commerce sales 79% in the third quarter, though this slowed from the 97% rate from the prior period. Walmart’s management also offered only scant details on the rollout of Walmart+, its competitor to Amazon Prime, which launched in September. And so far the company has not officially disclosed the number of paid members to the subscription service. Plus, COVID-19 costs may have continued to cut into the company’s margins: Walmart reported $600 million in incremental expenses due to the virus in the third quarter, mostly due to bonuses for employees and safety measures.

Results from Walmart’s fiscal fourth quarter, which spans from November through January, will also include impacts from Black Friday and the holiday shopping season, which took on a different format this year due to the pandemic. Walmart offered additional days of Black Friday deals on its website and in stores to mitigate some of the foot traffic to stores on the traditional shopping extravaganza, matching a similar strategy taken by peer retailers like Target around the holiday.

The U.S. housing market has been one of the standout parts of the economy during the pandemic, with home purchases and refinances soaring against a backdrop of ultra-low interest rates.

This week’s housing data is expected to reflect some moderation in this sector.

The Commerce Department’s housing starts report on Thursday is expected to show that both new-home construction and permits for future construction retreated from a 14-year high. December’s housing starts had surged 5.8% to a seasonally adjusted annual rate of 1.669 million, the highest level since 2006. After such a strong year-end bounce, consensus economists are looking for starts to tick down by 0.7% in January.

Permits, which serve as a gauge of future homebuilding, are expected to drop by 2.1% after a 4.2% jump in December, which had also brought permits to the highest level since 2006.

Existing home sales, due out from the National Association of Realtors on Friday, is also expected to show a drop compared to December, as winter weather compounded with mounting affordability and supply pressures pull down buyer activity.