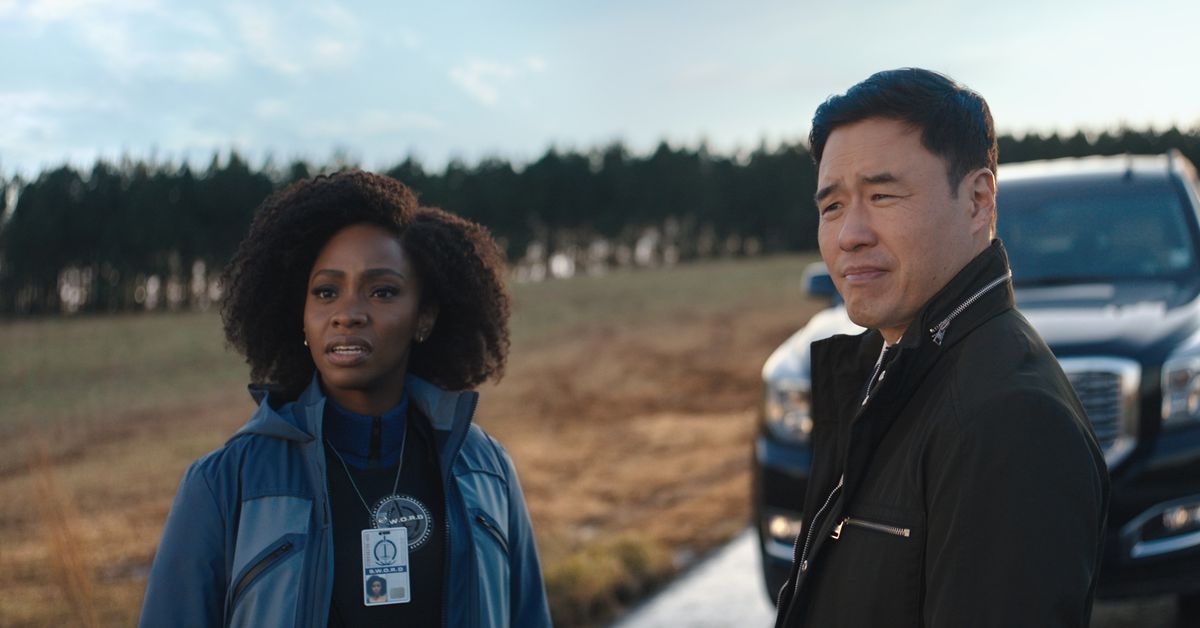 Certain names have popped up again and again over the first few episodes of WandaVision, but there’s one organization we haven’t discussed yet: A.I.M.

Before diving into this week’s theories, however, let’s take a second to acknowledge just where the show is within the Marvel Cinematic Universe’s timeline. Marvel Studios previously confirmed that WandaVision took place just after Avengers: Endgame, but thanks to a sad revelation about Monica Rambeau’s mom, Maria Rambeau, that plays at the beginning of the fourth episode, we know it’s about three weeks since the blip. (Remember, the “blip” is how they referred to Thanos’ great snappening, referencing events that took place in Avengers: Infinity War.)

Three weeks is a relatively fresh period for people — especially those who returned to Earth after fading into dust. For Wanda, that’s exactly three weeks since she turned into dust, came back to fight Thanos, and apparently moved to New Jersey to start a new life in a fictional town. The last three episodes have focused entirely on her perspective, but episode 4 introduces — or, rather, reintroduces — a couple of key characters who act like our eyes and ears within Westview, trying to figure out what Wanda’s doing and who’s possibly controlling her.

[Warning: Consider this your warning about inevitable WandaVision episode 4 spoilers. Turn back now or forever hold your tweets about spoilers.]

We’ve talked quite a bit about Mephisto in these columns, a demonic devil who has deep ties to Wanda, Vision, and the greater Marvel universe-at-large. There’s another theory we have to discuss today and, while I think it’s less likely, there are too many possibilities to ignore its potential. I’m so excited I get to write these next few words: let’s go back to Iron Man 3.

Iron Man 3 introduced Marvel Cinematic Universe fans to a company called Advanced Idea Mechanics, better known as A.I.M. Headed by Guy Pearce’s Aldrich Killian in the film, A.I.M.’s role in the comics is slightly different, and that’s where a few theories lie. In the comics, A.I.M. is a think tank of sorts belonging to several of the world’s smartest scientists who believe in harnessing and using technology to acquire unspeakable power. There are three specific reasons that some fans believe A.I.M. has ties to WandaVision and, more importantly, suggestions about what those could mean for the show’s big villain reveal:

A man in a beekeeping suit emerging out of a sewer in the middle of an empty suburb late at night would be unusual in any world, but in Marvel, bee suits are deeply tied to A.I.M. The organization’s seemingly disposable henchmen are referred to as “beekeper guys,” as our sister publication Polygon points out. A man emerging out of a sewer to see what’s going on with Wanda inside her own fictional reality could refer to a henchman completing a job for A.I.M. Now, the fourth episode explains his appearance — he’s a man named Franklin — as an agent of S.W.O.R.D. entering Wanda’s prism to try to make contact with the mutant. Hence the S.W.O.R.D. logo on the back of his suit — but why does he appear as a beekeeper in Wanda’s universe?

As actress Kathryn Hahn recently said in an interview with TVLine, “there are so many layers” to what’s happening on the show. Agent Franklin could just be a S.W.O.R.D. lackey sent in to try to get in touch with Wanda. But Marvel also has a history of organizations being run by shady figures. That’s where WandaVision’s newest character comes in — Tyler Hayward, acting director of S.W.O.R.D. Part of it is my own gut feeling of “I don’t trust him” that comes with being a longtime Marvel fan and still getting unnecessarily angry at the name Alexander Pierce. Something about this guy just seems off. He’s a Marvel Cinematic Universe original, too, so there’s no comics precedence to inform our hypothesizing.

Could Hayward be a member of A.I.M.? If so, could A.I.M. be using one of their deadliest creations — the Cosmic Cube — to help warp Wanda’s reality? That’s where one of our other connections that could tie A.I.M. to Wanda’s new world comes in.

In the second episode, we get a commercial for a fictional product called the Strucker watch. The commercial seemed to incorporate Baron Wolfgang von Strucker, a Hydra sleeper agent within S.H.I.E.L.D. who is seen holding custody of Wanda and her twin brother Pietro in a Winter Soldier post-credits scene and Age of Ultron’s opening battle. In the comics, Baron von Strucker helped start A.I.M., using it as an organization to create top-secret, dangerous weapons for Hydra during World War II.

Coincidence? Maybe, but this is Marvel Studios. Nothing is ever a coincidence. It’s also not like WandaVision is trying to shrink away from its Hydra connections. The third episode contains a commercial for Hydra Soak, which is a reference to a blue soap created by the evil organization that is used to place false memories in people’s heads, according to Agent Coulson in a season 4 episode of Agents of S.H.I.E.L.D. If A.I.M. and Hydra are involved with warping Wanda’s mind to create a false reality, the only reason to do so is to use Wanda until she can become — or produce — a weapon they need.

Keeping Wanda because of her weapon potential is the same reasoning behind the much more circulated fan theory about Mephisto being the figure behind Wanda’s current self-imprisonment. It’s still my preferred theory, especially considering that Marvel Comics put Mephisto in a splashy promo for the “next big thing” just as WandaVision started rolling, as IGN’s Joshua Yehl pointed out on Twitter.

If Mephisto seems like the most likely candidate for WandaVision’s big villain reveal (or at least, part of the villain reveal), it may seem strange that people are still talking about A.I.M. That’s where geometry comes in.

WandaVision has an affinity for shapes — specifically hexagons.

Variations of A.I.M.’s logo have been designed in a golden hexagon. Remember the “beekeeper” reference? Honeycomb also takes the shape of a hexagon. Subtly referring to the shape throughout the series could hint at A.I.M.’s work at play. Hexagons could just be a rad shape that WandaVision’s team is into but, again, this is Marvel Studios. There are rarely coincidences.

Monica Rambeau wears hexagon-shaped earrings in the show’s third episode, for example. Then the fourth episode 3D renders Wanda’s fake town, which is in the shape of a hexagon. Episodes fade out in the shape of hexagons, not circles traditionally associated with older shows coming to an end. Not to mention that Jimmy Woo basically writes down on his giant whiteboard of clues “what’s going on with these hexagons?”

The hexagon could be a reference to the number of points on the shape — six — which is also the number of Infinity Stones. (Vision is, of course, effectively powered by the Mind Stone.) Or hexagons could be a subtle play on the prefix hex, a Germanic term that means witchcraft. Wanda is a witch, and we’re pretty sure her neighbor Agnes is really the ancient witch, Agatha Harkness. Or hexagons could allude to the correlation between the number six and the devil (666), which may be a subtle nod to Mephisto. There are a lot of possibilities here.

I really don’t think A.I.M. is the big bad, so this is just fun speculation I don’t believe will come true — what if everything is leading up to M.O.D.O.K?

By now you may be thinking, “Why are there so many acronyms in Marvel names?” Reader, I have the same question. M.O.D.O.K. is pretty nifty, though! M.O.D.O.K, which stands for Mechanized Organism Designed Only for Killing, was at one time the leader of A.I.M. He’s the type of guy who can bridge the first few phases of the Marvel Cinematic Universe with the upcoming cosmic phase — not to mention M.O.D.O.K. has deep ties to both the Avengers and X-Men universes.

Part of the reason I’m pretty sure it’s not M.O.D.O.K, other than it not really lining up, is the lack of interaction between he and Wanda. Sure, there’s an Avengers vs. X-Men moment, but we’re not setting up Avengers vs. X-Men. At least, not yet. Whether any of this happens — or all of it happens in some capacity — is part of the mystery that makes WandaVision so fun. As weeks go by, we’ll get a clearer answer of just who’s behind this entire ordeal. Who knows? Maybe it was just Wanda all along.