Home EntertainmentBollywood Warina Hussain snapped shooting for her next in Goa

Warina Hussain snapped shooting for her next in Goa 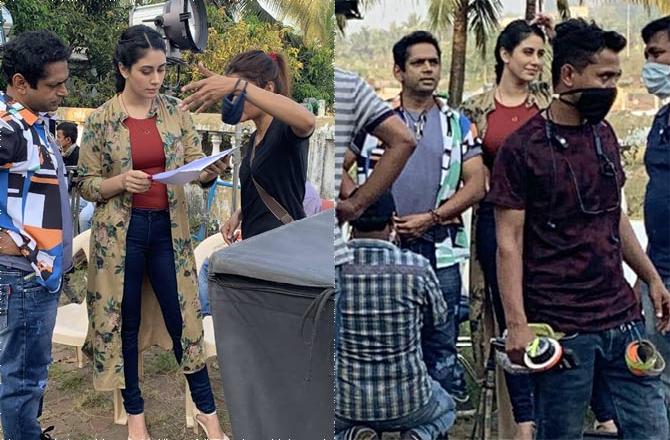 Warina Hussain who wowed us with her performance in LoveYatri has always kept her style on top in her every appearance. Recently, The actress announced her second Hindi film titled ‘The Incomplete Man’ on social media.

As many celebs have spotted leaving for Goa for new year bash we have spotted Warina for altogether for different reasons. Warina is shooting for her next film “The Incomplete man” in Goa, and she looks really cute as she gets clicked on the set of the film.

Warina Hussain made her Hindi film debut with Salman Khan produced 2018 film ‘Loveyatri’ along with Aayush Sharma. She has completed her education from The New York Film Academy. After a brief stint in the modelling and advertising field, she decided to try her luck in films. Warina has featured in rapper Badshah’s music video titled ‘She Move It Like’ and she also appeared in special dance number ‘Munna Badnaam Hua’ from ‘Dabangg 3’ along with Salman Khan.