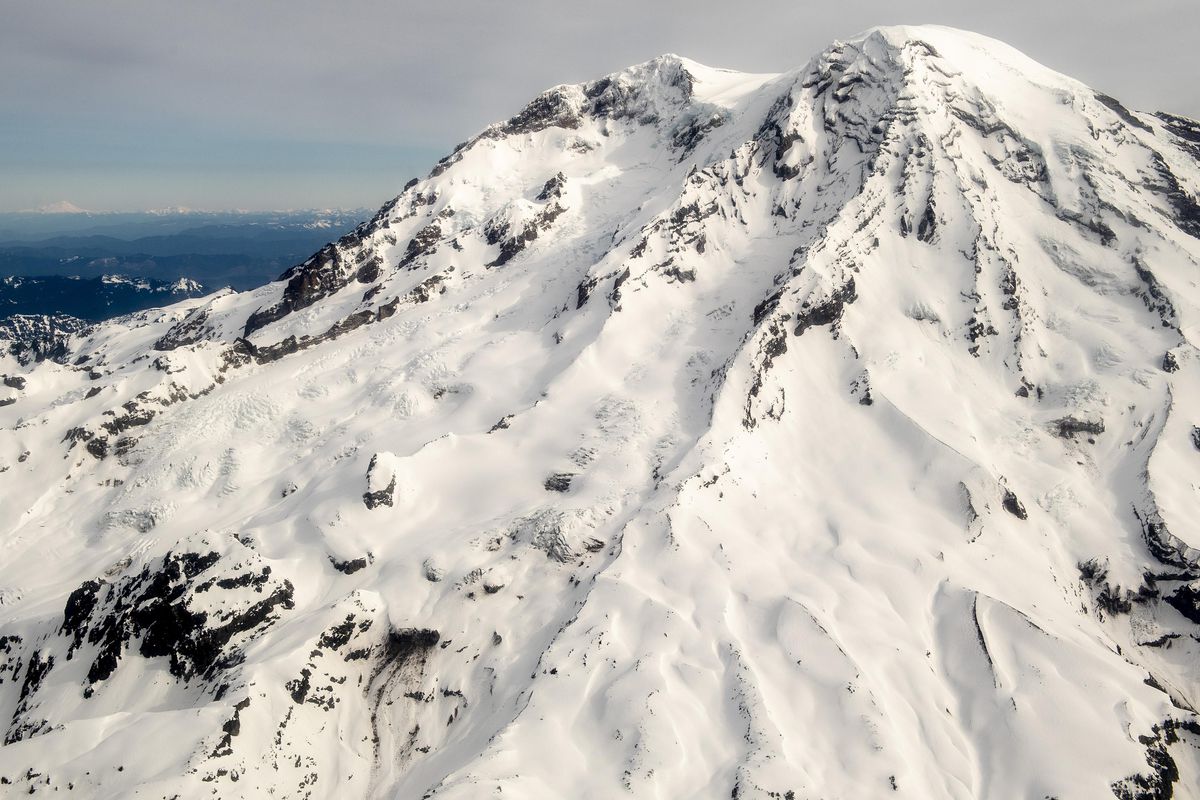 Rain on top of snow can create conditions that are unusual, unpredictable and in the case of some recent precipitation in the back country of Mount Rainier National Park in Washington, unreal.

The US Department of the Interior (which includes the National Park Service) shared the below image from Seattle photographer Scott Kranz showing the effect of a rain on snow event in the park.

The photo captures the results of the flow and drainage patterns on the snow pack with a result that looks much more like a painting than a photographic image.

Just another example of the interesting effects when water in one phase mixes with water in another phase.

I can recall one January in sub-Arctic Alaska, a time and place where average temperatures used to never rise above freezing. However, unseasonably warm days are becoming less of a rarity thanks to climate change.

On the particular evening I’m thinking of, temperatures soared above forty degrees, snowfall turned to rain, transforming packed snow roads and trails into sheets of ice. I recall driving my truck over an uneven road that was pitched to one side. My truck began to slide sideways on the instantly created sheet of ice.

A little freaked out, I stopped the vehicle and got out to investigate the situation. When my shoes touched the ground, they found no traction and I immediately slid underneath my truck and off the side of the slanted road.

Fortunately, the situation was more humorous then dangerous and easily solved with some sand and gravel.

But both instances should be counted among the more mundane ways in which our world is and will continue to change along with the climate.

New consequences and challenges await us, but along the way the changes might also present moments of surreal beauty like the shot above from Mount Rainier.

This isn’t to say that we should welcome climate change for the epic pics, but I think that as we work hard to slow, reverse and adapt to the climate crisis, it’s okay to take a moment and just wonder at a world in transition.

Back to Top
Close Add post
X
This Woman Is Training Citizen Scientists To Save Virgin Forests In The Philippines…ScienceConservationist KM Reyes leading a biodiversity research training expedition in 2019 at Cleopatra’s ... [+] Needle Critical Habitat in the Philippines…

X
Remdesivir Blocks Covid-19 Coronavirus, But Is It Worth The Cost?…Science# While clinical trials suggest 'remdesivir' is not very effective in treating Covid-19, recent studies have shown that it does block Coronavirus acti…
close