Home News Was the US Capitol attack “domestic terrorism”?

Was the US Capitol attack “domestic terrorism”? 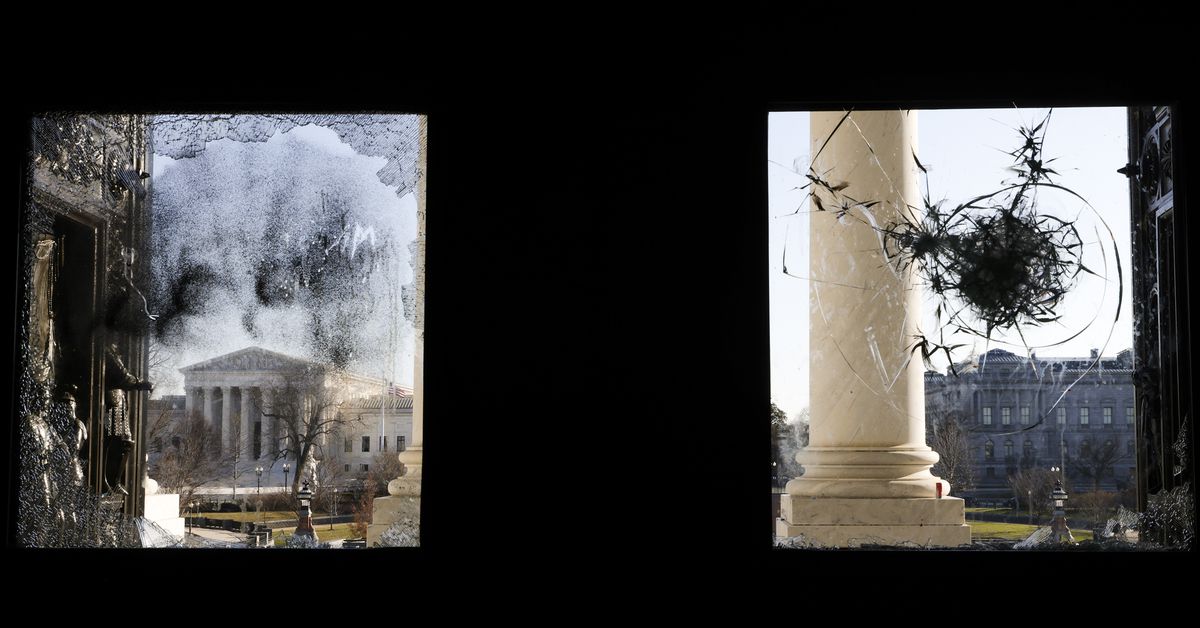 “Don’t dare call them protesters,” President-elect Joe Biden said Thursday, referring to the pro-Trump mob that had seized the US Capitol the day before. “They were a riotous mob. Insurrectionists. Domestic terrorists. It’s that basic. It’s that simple.”

He’s not the only one using the “terrorism” label to describe Wednesday’s events.

DC Mayor Muriel Bowser called the assault on the Capitol “textbook terrorism.” Texas Republican Sen. Ted Cruz, one of President Donald Trump’s key allies in Congress who helped legitimize the baseless conspiracy theories about the election that led to the violence, also called the attack “a despicable act of terrorism.”

Others, however, have argued terms such as “insurrection” or “sedition” are more accurate.

The debate over which acts should and shouldn’t be labeled “terrorism” is nothing new. For example, Muslims in the United States and elsewhere have long objected that events linked to “radical Islam” are labeled as terrorism by politicians and the media far more often — and far quicker — than attacks by white supremacists or neo-Nazis.

If and how you apply the terrorism label depends in large part on who you are and what your purpose is in using that label.

It’s useful to think about terrorism as three different things: a tactic, a legal term, and a political label. Understanding each of these ways the terrorism label is used is critical to understanding why different people call different things “terrorism” — and why it’s such a controversial, but important, term.

How analysts think: Terrorism as a tactic

Terrorism scholars and analysts primarily view terrorism as one tactic among many that groups (and in some cases individuals) use to achieve their goals — be they establishing a caliphate (like ISIS), gaining political and territorial independence (like Basque separatists in Spain), or persuading governments and corporations to act more responsibly toward animals or the environment (like the Earth Liberation Front).

Considering terrorism as a tactic helps scholars and analysts think more critically about these groups and how to deal with them. That’s because although we often talk about “terrorist groups,” the reality is that most such organizations use a variety of tactics throughout their lifespan depending on their goals and capabilities at a given moment.

For instance, calling ISIS a terrorist group ignores the fact that in Iraq and Syria, ISIS often used more conventional military tactics — massing forces, launching complex operations, and taking and holding territory — in addition to carrying out terror attacks. ISIS also (briefly) functioned as a government, providing its version of law and order, repairing roads, keeping the electricity on, and even selecting textbooks for schools.

Treating ISIS as merely a “terrorist” organization fails to understand the way it operates, what its goals are, and how it maintains support and financing — all things that are critical to figuring out how it can be defeated.

Analysts also try to define terrorism along very specific lines in order to separate it from other kinds of violence, such as acts of war. This can be confusing to non-experts (and sometimes experts, too). For example, many scholarly definitions of terrorism do not consider attacks against military targets in a combat zone to be terrorism — only attacks against civilians (or “noncombatants”).

But what exactly is a “combat zone” when we’re talking about the fight against international terrorist groups? For groups like al-Qaeda and ISIS, the whole world is a combat zone. And who exactly is a “noncombatant”? If ISIS detonates a car bomb that kills US military advisers on the ground in Iraq, is that terrorism or an act of war?

Similarly, many scholarly definitions of terrorism require that the attack have an explicit political motive. Which means that even a series of bombings that killed and injured large numbers of people may not be considered by scholars to be an act of “terrorism” if it turns out that the perpetrator had no clear political motive.

These distinctions explain why you might hear an analyst on the news say that a particular attack was “not terrorism” even though it may seem to you and many others to be a clear act of terrorism. The analyst is not saying that the attack was justified or that it wasn’t horrific, just that it doesn’t classify as “terrorism” as they happen to define it.

How law enforcement thinks: Terrorism as a legal term

On December 4, 2015, the FBI announced that it was officially investigating the San Bernardino shooting as “an act of terrorism.” However, that came only one day after the same FBI official, when asked whether the attack was terrorism, said, “It would be irresponsible and premature for me to call this terrorism. The FBI defines terrorism very specifically, and that is the big question for us, what is the motivation for this.”

So what gives? What’s the big deal with not wanting to call it “terrorism” when the FBI clearly was already thinking it was?

The answer has a lot to do with the fact that the FBI is a law enforcement organization and is part of the US Department of Justice. The FBI’s primary job is to investigate crimes with the goal of bringing the perpetrators to justice — in other words, to prosecute criminals in a court of law.

This means the FBI’s understanding of what constitutes “terrorism” has much less to do with how it views the circumstances of an attack and much more to do with whether or not the facts of the case meet the very specific legal criteria used to prosecute someone on terrorism charges.

And 18 USC § 2332b defines the term “federal crime of terrorism” as an offense that:

These are the kinds of criteria law-enforcement organizations like the FBI and others are concerned with when making the determination of whether a specific act constitutes “terrorism.”

Whether you and I (or even individual law enforcement officers) personally think an attack is terrorism doesn’t really matter. What matters is whether the authorities in question think they can make a case for prosecuting the perpetrator for terrorism in a court of law.

How politicians and pundits think: Terrorism as a pejorative term

In his seminal book Inside Terrorism, scholar Bruce Hoffman wrote, “On one point, at least, everyone agrees: ‘Terrorism’ is a pejorative term. It is a word with intrinsically negative connotations that is generally applied to one’s enemies and opponents.”

“[T]he decision to call someone or label some organization ‘terrorist’ becomes almost unavoidably subjective, depending largely on whether one sympathizes with or opposes the person/group/cause concerned. If one identifies with the victim of the violence, for example, then the act is terrorism. If, however, one identifies with the perpetrator, the violent act is regarded in a more sympathetic, if not positive (or, at the worst, ambivalent) light, and it is not terrorism.”

Politicians often apply the word “terrorism” to the actions of individuals and groups they see as opponents and enemies in order to delegitimize and demonize them.

George W. Bush invoked terrorism and 9/11 when naming Iran, Iraq, and North Korea as members of an “Axis of Evil” in his 2002 State of the Union address. Syrian President Bashar al-Assad and Russian President Vladimir Putin have justified their attacks on Syria’s democracy opposition in the name of defeating terrorism.

The US State Department’s list of foreign terrorist organizations is often portrayed in the media as some kind of exhaustive, authoritative list of terrorist groups around the world. But the truth is that which groups get included on the list and which get excluded is a largely political determination, not an analytical one.

Groups that may very well engage in the same types of activities as groups on the list have been consciously left off the list for political reasons — out of fear of offending a country the US doesn’t want to offend, or because the group is on America’s side or pursuing goals that are in line with perceived US interests.

So was the US Capitol attack “domestic terrorism” or not?

Hoffman, the terrorism scholar, says Wednesday’s assault on the Capitol was an act of domestic terrorism because it meets the FBI’s criteria for that label.

But Hoffman is a scholar; he isn’t going to be the one making that determination when it comes to possible criminal charges for the perpetrators. That will be up to law enforcement.

And Biden and other political figures are using the label for clear political reasons (which doesn’t mean they truly believe the label fits). President Trump, meanwhile, has portrayed the violent mob that attacked the Capitol in a very different light, telling them in a video on Wednesday as they marauded through the halls of Congress, “We love you, you’re very special.”

They are his supporters, after all.

There’s an old cliché that everyone who studies terrorism has heard a million times and despises: “One man’s terrorist is another man’s freedom fighter.” It’s supposed to convey the idea that people are inconsistent in how they define terrorism and tend to eschew the word when the person or group in question is on their side.

But just because it’s a cliché doesn’t mean it’s not true.