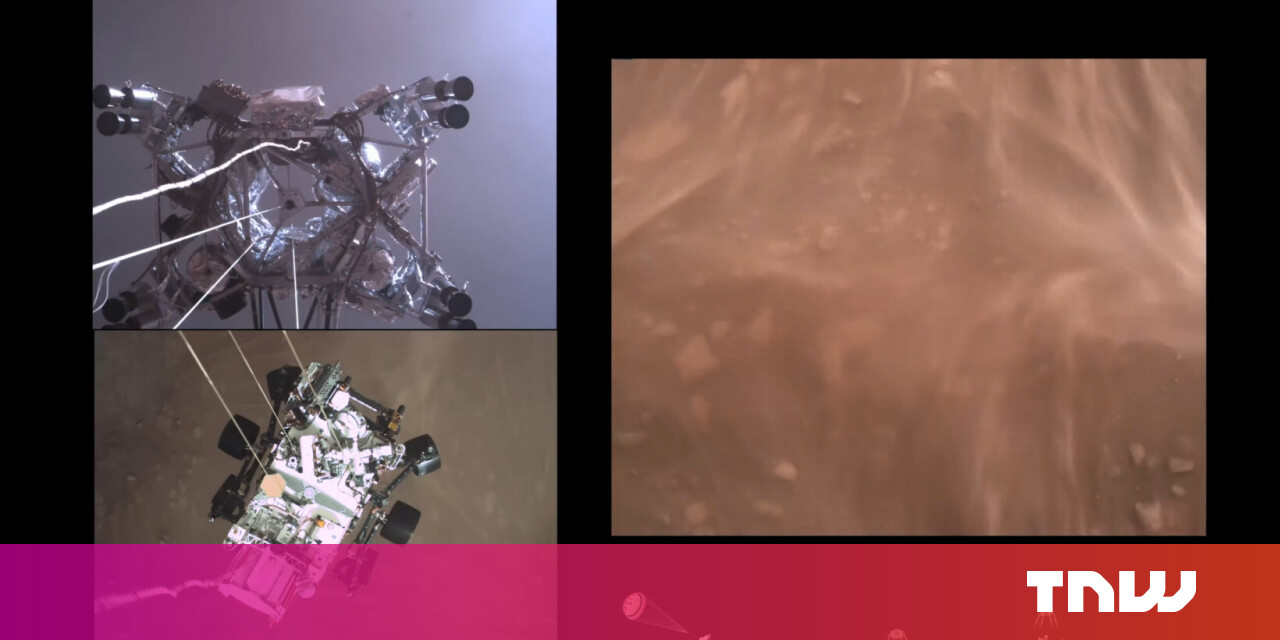 NASA today released breathtaking new footage from the Perseverance rover’s arrival on the surface of Mars.

The Perseverance rover left for the red planet on 30 July 2020. After a mostly uneventful transit through space, it managed to touch down on the surface of Mars at 20:55 UTC on 18 February 2021.

I love rocks. Look at these right next to my wheel. Are they volcanic or sedimentary? What story do they tell? Can’t wait to find out.#CountdownToMarshttps://t.co/7w3rbvbyoL pic.twitter.com/H3q1M0YJAd

Its mission, per NASA:

Seek signs of ancient life and collect samples of rock and regolith (broken rock and soil) for possible return to Earth.

The rover’s been hard at work in the red dirt of Mars all weekend and will probably remain there, well, forever. But that won’t stop it from fulfilling its mission to send samples back to Earth. Once Perseverance obtains the proper samples, the plan is to fire them back to Earth in rockets.

But this isn’t slated to happen until at least 2031. In the meantime, the rover’s headed to spots on Mars that are just too difficult to land directly on.

And that brings us to this fascinating video NASA released today showing the rover’s descent to the Martian surface:

For more information check out the Perseverance page on NASA’s website here.