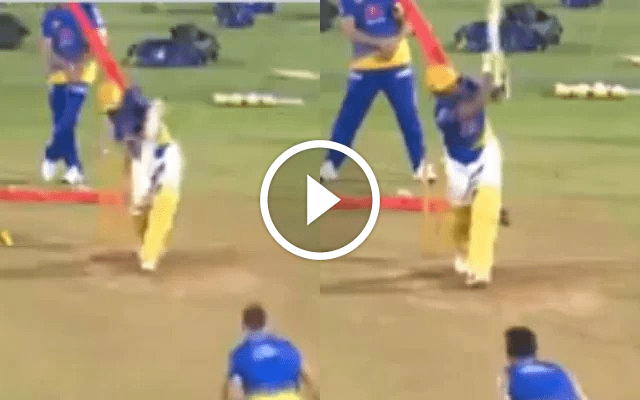 Team India international Cheteshwar Pujara has returned to the IPL sphere and will be donning the Chennai Super Kings jersey in the upcoming edition of the cash-rich league. Incidentally, this will be the first time Pujara will feature in the IPL since 2014. Till 2014, he plied his trade for Kolkata Knight Riders, Royal Challengers Bangalore, and Punjab Kings (previously known as Kings XI Punjab).

After Punjab released Pujara in 2014, the cricketer from Saurashtra failed to bag an IPL contract. He finally got one last month when Chennai Super Kings (CSK) secured his services at his base price of INR 50 lakh. And it looks like Pujara is leaving no stone unturned to justify CSK’s faith in him.

Cheteshwar Pujara gears up for IPL 2021

He has already joined the Super Kings squad to prepare for the T20 blitz and is desperate to break the myth around him that he is only suited for Test cricket. The right-handed batsman was recently seen taking his CSK teammates to the cleaners while batting in the nets.

In a video posted on Twitter by a user, the 33-year-old is seen playing the big shots with ease. At the start of the video, Pujara hit Deepak Chahar over deep mid-wicket before slog sweeping leg-spinner Karn Sharma through the onside. Pujara was also seen charging down the track to lift the ball over the long-on boundary and flicking one off his pads off another pacer. Towards the end, he was seen taking the aerial route over the extra-cover region.

So far, Cheteshwar Pujara has featured in 30 IPL matches scoring only 390 runs at an average of less than 21 and a strike-rate of 99.74. However, the stats do not reflect the true picture as Pujara has a T20 century under his belt when he smacked a hundred in the 2019 edition of the Syed Mushtaq Ali Trophy.

Chennai Super Kings begin their IPL campaign against Delhi Capitals on April 10 at the Wankhede Stadium in Mumbai.