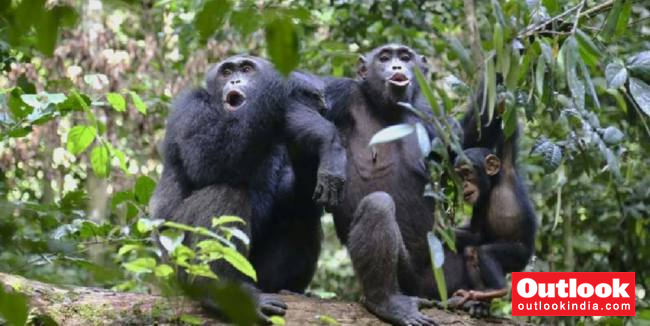 Turns out homo sapiens are not the only ones who have taken to video calls to stay connected during the pandemic.

Chimps at two Czech zoos have created a buzz on social media after they took part in a Zoom call, earlier this month. Yes, you read that right.

Officials at two zoos in the Czech Republic reportedly set up two large screens at their chimpanzee enclosures, so that the pandemic-fatigued animals could interact with each other. After the first Zoom call ended as a success, zookeepers have reportedly decided to conduct more such calls on a regular basis.

To make up for the lack of interaction with visitors because of Covid-19 restrictions, the chimpanzees at Safari Park Dvur Kralove and the troop at a zoo in Brno, 150 km away, now watch one another’s daily lives on giant screens.

The sound is off, but there has been plenty of interest in what the distant cousins are up to. When they see tense situations, it gets them up off the couch—like humans watching live sport. The chimpanzees have reportedly also adopted other human behaviours such as grabbing nuts to chew on while watching the action.