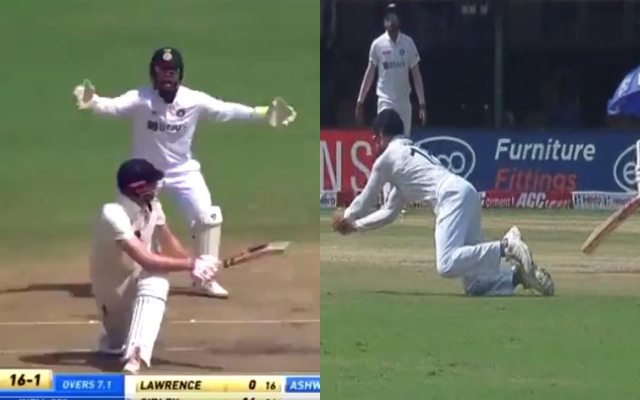 Day 2 of India vs England has thoroughly been in India’s favour after putting up 329 on the board all courtesy of valuable contributions from Rohit Sharma, Ajinkya Rahane and Rishabh Pant who have been all over the England bowlers since Day 1.

Rohit Sharma who copped up plenty of criticism following low scores during the tour of Australia and in the 1st Test against England came back strong in the 2nd Test at Chepauk as the Mumbai man launched an astounding century knock on Day 1. In the follow-up post-Rohit Sharma and Ajinkya Rahane’s dismissal, it was Rishabh Pant who kept things going as he scored an unbeaten knock of 58 runs off 77 deliveries only to run out of partners at the other end.

With India in a comfortable position after scoring 329 in the 1st innings, it was now time for the Indian bowlers to shine with the bowl as both Ishant Sharma and Ravichandran Ashwin strikes early on Day 2, sending both openers Rory Burns and Dom Sibley Back to the pavilion in no time.

First up it was Rory Burns in the first over of the 2nd Innings, as Ishant Sharma bowled a length ball which nips back in striking Burns in line with middle and leg stump. For which after a long shout by the Indian contingent, debutant umpire Virender Sharma ruled Burns out only to be reviewed by the opening batsman. Upon reviewing the ball-tracking returns an umpire’s call verdict on where it was projected to strike leg stump.

Followed by which, Ravichandran Ashwin had his man in the form of Dom Sibley, who was struggling in and out against the off-spinner. During the 7th over of the innings, Dob Sibley while attempting to sweep, brushes one straight towards leg-slip into the hands of skipper Virat Kohli which was ruled not out for the on-field umpire. Upon being reviewed by the Indian Team, Ultra Edge confirms that it kissed the back of the bat on the way to Kohli at leg-slip leading to umpire overturning the decision.

Also Read: BCCI-VIVO IPL 2021 Deal Yet To Be Finalised

Also read: ‘DRS Turned To Be Like VAR’, Jack Leach After Umpiring Blunder on Day 1