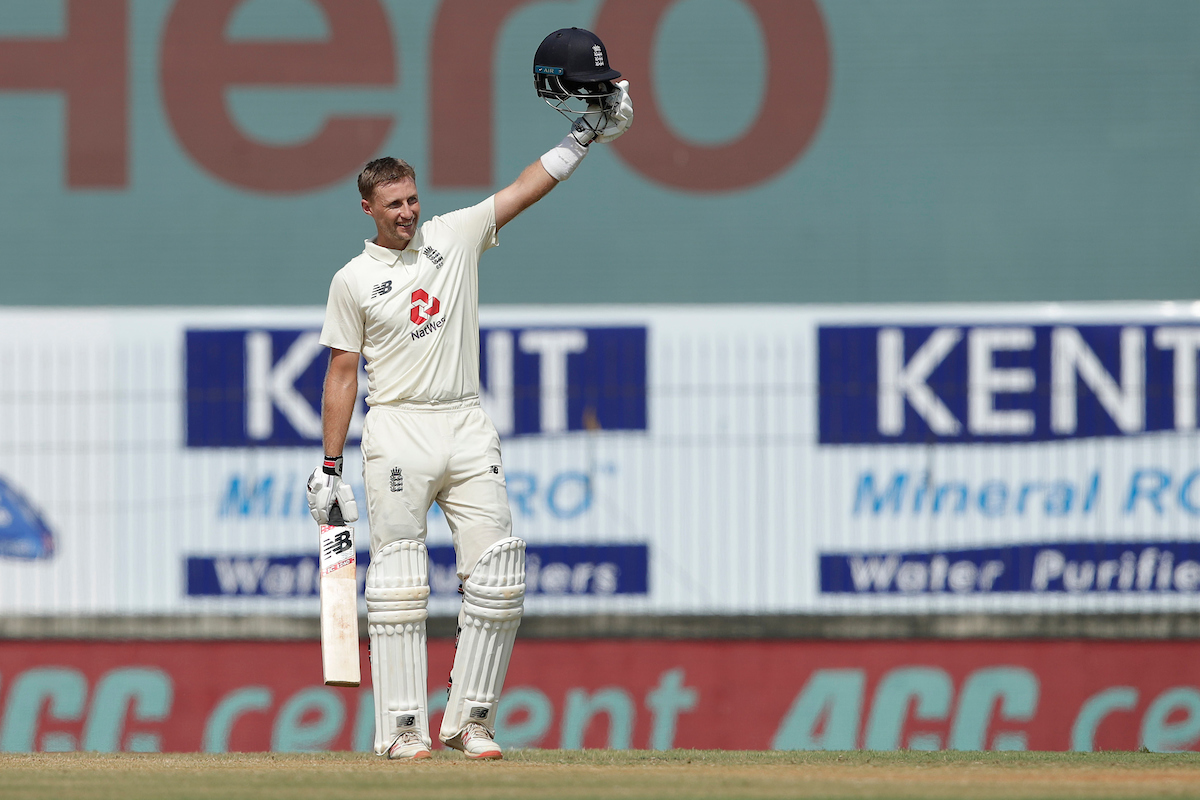 England skipper Joe Root scored his fifth double ton and his third as captain on day two of the first Test in Chennai. He scored 218 as England scored a mammoth 578 in the first innings. He also broke a number of records en-route to that score and formed a few key partnerships with his teammates as well. He first added 200 runs for the third wicket with Dom Sibley. Then with Ben Stokes, he added 124 and 86 with Ollie Pope.

Meanwhile, the hotel staff of the Leela Palace, Chennai, welcomed Joe Root with a beautiful gesture back to the hotel after the end odd the day’s play. They welcomed him with a cake at the reception to celebrate his knock against India and congratulate him on getting to 100 Test matches. His 218 off 377 deliveries was laced with 19 fours and 2 sixes as the England Test skipper once again proved his might in the subcontinent conditions.

Also Read: India vs England 2021 Key Players To Watch Out For

ECB’s official Twitter handle was quick enough to share the video of the hotel staff greeting Root with a cake. “Indian hospitality for @root66 – thank you,” the video was captioned saying.

Watch: Joe Root Greeted With a Cake By Hotel Staff

Meanwhile, the England skipper overtook former Australian legend Don Bradman to break an 84-year old record. Joe Root became only the second skipper after legendary Don Bradman to achieve the feat. Bradman was the first captain to notch up three successive 150-plus scores in Test cricket way back in 1937.

Earlier in his innings, he became the seventh player to make 150-plus runs in three consecutive Tests. Tom Latham, Kumar Sangakkara (4 consecutive Tests), Mudassar Nazar, Zaheer Abbas, Don Bradman, and Wally Hammond are the other names in the list.