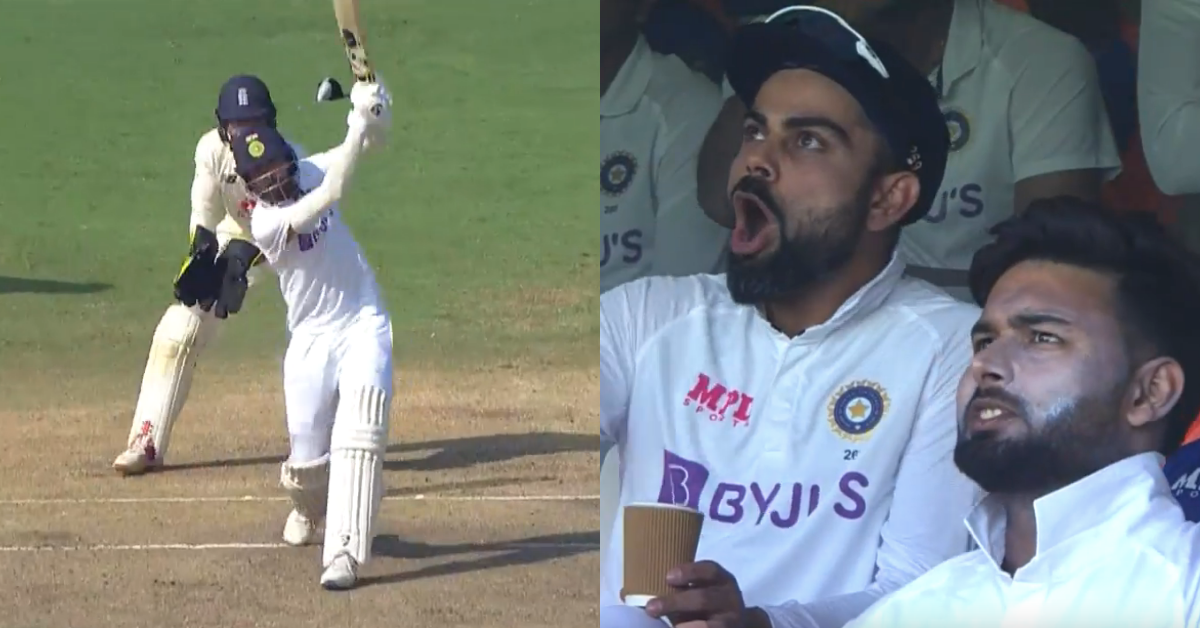 Virat Kohli and the entire Indian team were chuffed to bits seeing the No.11 batsman Mohammed Siraj flex his arms against the English spinners at the fag end of the Indian innings.

Siraj had batted with great patience to help his partner Ravichandran Ashwin get his fifth Test hundred but as soon as the veteran off-spinner reached the coveted milestone, the rookie fast bowler decided to have some fun.

And, he did that at the expense of Jack Leach. Siraj opened up his arms and deposited the left-arm orthodox for a six over long-on.

And, to prove that it wasn’t a fluke, Mohammed Siraj did that again, this time mowing the spinner into the deep midwicket stands, one that was enough for Virat Kohli to let out a guttural roar in the dressing room.

But it was a day that solely belonged to Ashwin. The champion cricketer reminded everyone that he has four Test hundreds to his name with a clinical batting performance glittered with enterprising strokeplay.

This was Ashwin’s 5th Test ton and in the process, he became just the second all-rounder in the history of the game after Sir Ian Botham to notch up a five-wicket haul and a hundred in the same Test match.

Ashwin’s knock just knocked the stuffing out of England and by the time he was eventually dismissed by Olly Stone, the lead had already assumed monstrous proportions.