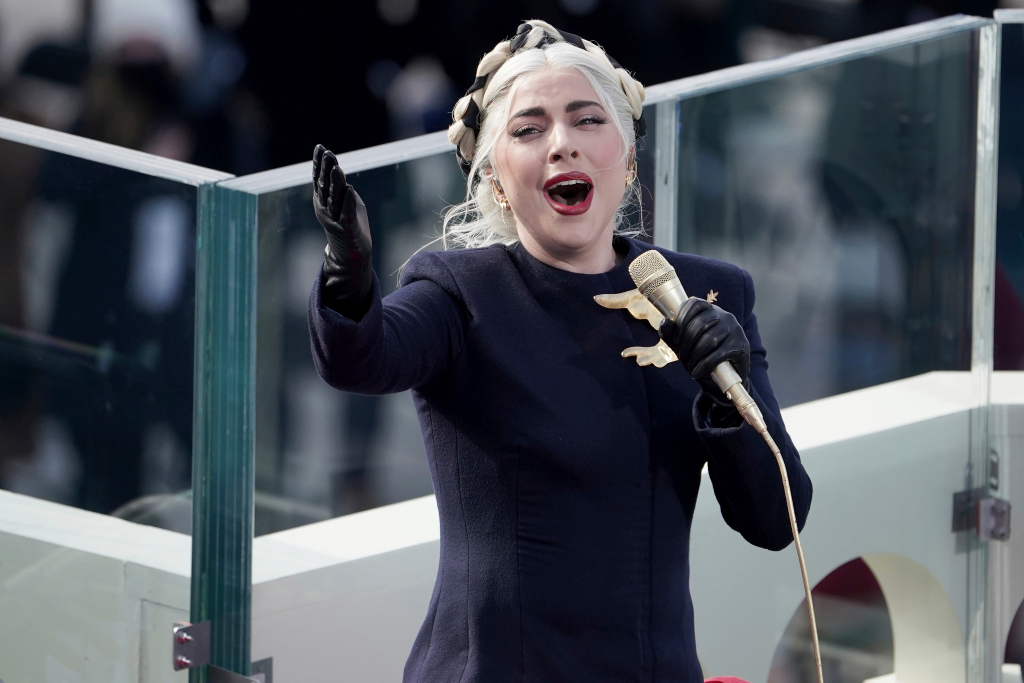 Gaga took the stage first, performing an emotional rendition of “The Star-Spangled Banner,” making a dramatic pivot to face the flag when she got to the part about it still being there (unspoken was “after Trump and the Capitol siege”).

“Out of the Park!,” tweeted Bette Midler. “Lady Gaga, a new and sensational version of the Star Spangled Banner!!”

Out of the Park! Lady Gaga, a new and sensational version of the Star Spangled Banner!!

Dressed in white Chanel, Lopez also said, in Spanish, “one nation, with liberty and justice for all.”

Dress in black, Brooks performed an a cappella, slightly country-ish version of “Amazing Grace,” asking his audience on site and at home to join in the last verse “as one, united.”

Watch the Gaga performance above, and the others below.