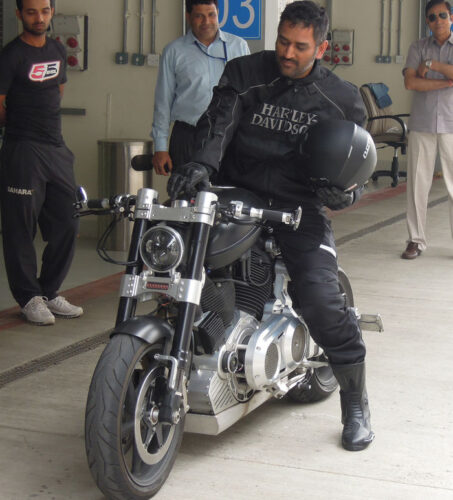 MS Dhoni is widely called one of the most intelligent cricketers to have ever played the game of cricket. Dhoni, who made his debut for India in 2004 against Bangladesh, retired from international cricket in August of 2020 amidst the ongoing COVID-19 pandemic, which led to the postponement of the 2020 T20 World Cup.

Dhoni masterminded some of the greatest wins for India in all three formats of international cricket and became the only captain to win the T20 World Cup, the Champions Trophy, and the ODI World Cup in his tenure.

MS Dhoni was almost as popular for his long, flowing mane as he was his brutal hitting, especially against Pakistan when he slammed his maiden ODI and Test centuries against some of the fastest bowlers the Asian giants had and then came into the spotlight for his 183* against Sri Lanka in Jaipur in 2005, still the highest score by a wicketkeeper in ODI cricket.

In probably one of the best adverts ever, Gulf Oil India presented a unique interview that saw MS Dhoni of 2021, interviewing his younger self from 2005. The video was released on the special occasion of India’s 2011 World Cup win a decade ago.

The interview saw the 2021 version of Dhoni acted as host, while the 2005 self was the interviewee. It started with the 2021 Dhoni congratulating the 2005 Dhoni for a superlative debut year in international cricket and for his 183* against Sri Lanka in Jaipur.

The younger Dhoni then explained how he is getting better with time and thanked his seniors like Sachin Tendulkar, Rahul Dravid, Sourav Ganguly, and others for their guidance in making him a better cricketer. The 2021 Dhoni then lauded the 2005 Dhoni for his hard work but also had a few words of advice for him.

“It was possible only because of your hard work. But just make one more sacrifice. All those favorites of yours – Butter Chicken, soft drinks, milkshakes. It would help if you quit them,” the 2021 Dhoni tells 2005 Dhoni, who then replies, “I’ll never quit biking. I have 80 bikes now, all of them your favorite, and our first too.”

MS Dhoni will be seen in action when the IPL 2021 begins and CSK plays their first game against Delhi Capitals on April 10 in Mumbai.