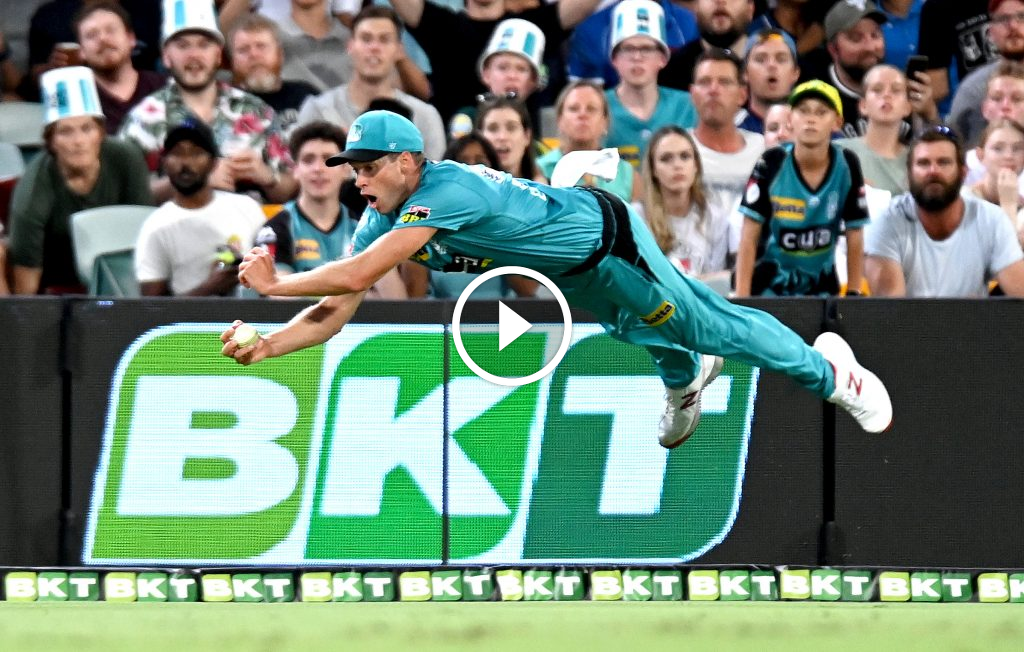 Batting first, Alex Carey and Travis Head chewed up balls but just couldn’t get going. And without Philip Salt and Jonathan Wells towards the end, even 130 wouldn’t have been possible. But Brisbane’s bowlers can take a lot of credit. The quicks mixed up their pace superbly while the spinners smartly drew false shots. Marnus Labuschagne was the pick of the bowlers returning with three for 13 from his three overs one should account to Ben Laughlin, who scalped a perfect catch.

Ben Laughlin lights up BBL with a stunning catch

Meanwhile, Laughlin didn’t had a great day at the field and compensated with an outstanding catch to dismiss Michael Neser. It was a loose full-toss delivery from Marnus Labuschagne as Neser attempted to play a slog sweep.

Ben Laughlin ran a few yards to his right from long-on and the diving in that same motion to pluck it out of nowhere. Labuschagne celebrated wildly with the fielder as there was no wicket in that delivery

Chasing a below-par, albeit tricky, score, Brisbane Heat lost three wickets in the powerplay. Joe Denly, promoted to the top of the order, released the pressure by hitting a six and a four against Ashton Agar off successive deliveries in the sixth over. He along with Peirson played sensibly by constantly rotating the strike and kept the asking rate under check.

The 69-run stand eventually came to an end when Denly decided to go after his fellow countryman. Tried to play a high-risk shot with the required rate being 6 RPO and holed out at long-off. Briggs should have had one more scalp off the very next ball, but Weatherald dropped Burns at first slip. A couple more tight overs followed, but Peirson held his nerves, found the boundaries at crucial times, and took his team over the line.