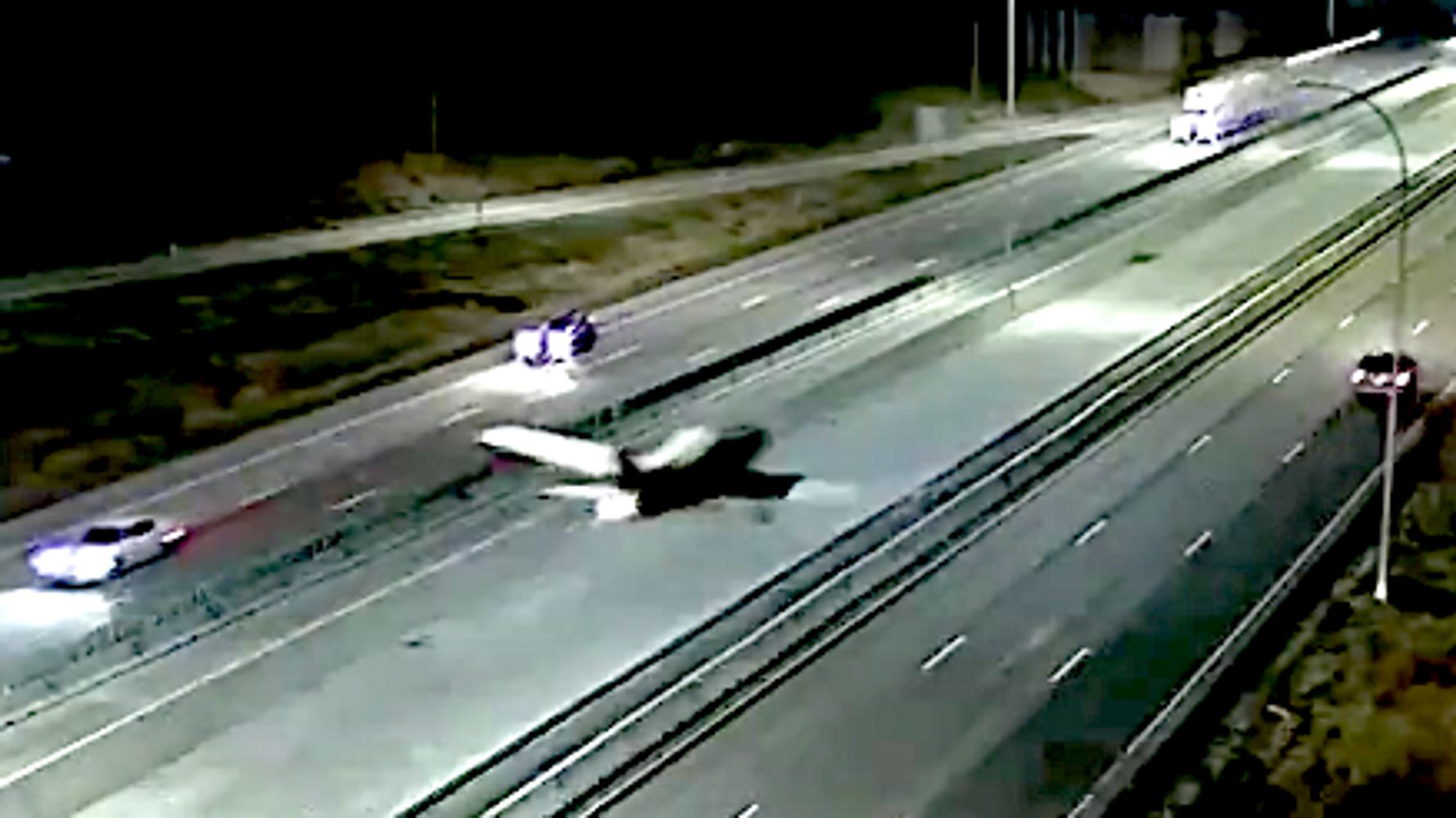 The Minnesota Department of Transportation has released an astounding video of a single-engine plane emergency landing on a highway outside the Twin Cities.

No one was injured as the Bellanca Viking plane narrowly dodged two cars, and sideswiped an SUV on I-35, said officials. The emergency landing was apparently triggered by engine failure, according to a Facebook post from Ramsey County deputies.

“While this isn’t *quite* what we mean by a ‘multimodal transportation system,’ we’re glad no one was injured,” the state department quipped in a tweet after the feat Wednesday night. The tweet referred to the landing as a “zipper merge.”

While this isn’t *quite* what we mean by a “multimodal transportation system,” we’re glad no one was injured and are impressed by the pilot’s effort to #zippermerge from above! pic.twitter.com/imPdiQ1wMX

Really impressive. It seems now the only reason he crashed at all was bc he was trying to avoid crashing into the car he was overtaking ahead. Not enough room in the passing lane for a plane. Really impressive landing. @kare11

Brittany Yurik was the in the vehicle that was struck, according to CBS affiliate WCCO-TV. (Check out the video up top.)

“I saw [the plane] coming at me probably one second before we collided,” Yurik told a TV reporter.

Yurik, whose car was totaled, said she talked to the pilot. “He’s very kind. He was very apologetic. He explained to me what happened. I just can’t believe we’re all okay,” she said. “I think he was feeling the same thing.”

The pilot was identified as 52-year-old Craig Gifford of Minneapolis, a competitive aerobatic pilot, who has represented America in the sport in international contests, USA Today reported.

State troopers responded to the scene after “hearing reports of a plane making an ‘unexpected landing’ on I-35 in Arden Hills,” a suburb of St. Paul, said a statement from the Minnesota Highway Patrol.

“As the plane landed, it crashed into another vehicle that was on I-35W,” the report added. “There were no injuries as a result of this crash.”

The Federal Aviation Administration and the National Transportation Safety Board will investigate the incident.

RELATED:  Bobbie Thomas Of 'Today' Shares Heartbreaking Advice After Husband Dies At 42
RELATED:  Pfizer's Coronavirus Vaccine Approved By US Experts For Emergency Use

Japan expands state of emergency over coronavirus as infections climb

A women is seen in Kuala Lumpur with a Malaysia flag as...
Read more

Here is the list of Bollywood actors who married their childhood...

Phaedra Parks Shows Fans How She’s Walking Into The Weekend

Deadspin’s 2021 NFL Divisional Round picks you can bank on

The good news and ominous warnings in JPMorgan’s earnings call