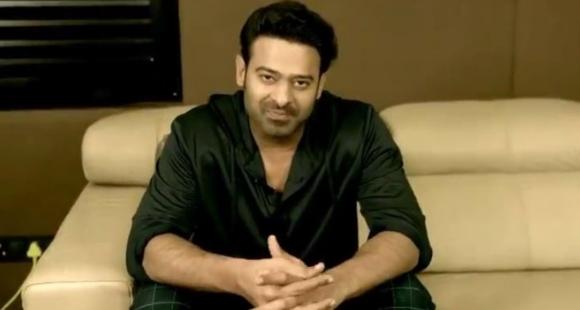 Photos and videos of Prabhas taking a drive on his newly bought luxury are making the rounds on social media.

Prabhas is one of the most sought-after pan Indian actors in the country. Recently, photos and videos of the actor on his new swanky car are making the rounds on social media. It is reported that the car cost him about Rs 6 crore. Some media reports suggest that Prabhas bought this car on the birth anniversary of his father Surya Narayana Raju. Prabhas”s new car is one of his most prized possessions. Videos of the actor taking a drive on the orange coloured car on Hyderabad streets are making the rounds on social media.

Some reports even suggest that Prabhas said in an earlier interview that he has a desire to buy the car. His excited fans are sharing the videos and photos. Last seen in director Sujeeth’s Saaho, which received a lukewarm response from the audience and critics alike, Prabhas has four magnum opuses in his kitty. He is currently busy with the shooting of 3D film, Adipurush, directed by Om Raut, which has Kriti Sanon as the leading lady.

Also Read: Dhanush thanks Atrangi Re’s director Anand L Rai and writer Himanshu as he posts PHOTO with them post wrap up

Apart from Adipurush, he has Salaar with KGF director Prashanth Neel and an untitled film with director Nag Ashwin and Deepika Padukone. He will be next seen in the romantic historical drama Radhe Shyam, with director Radha Krishna Kumar. It has Pooja Hegde as the leading lady and the film is all set to hit the big screens on July 30. It is expected that the film’s trailer will be released soon.