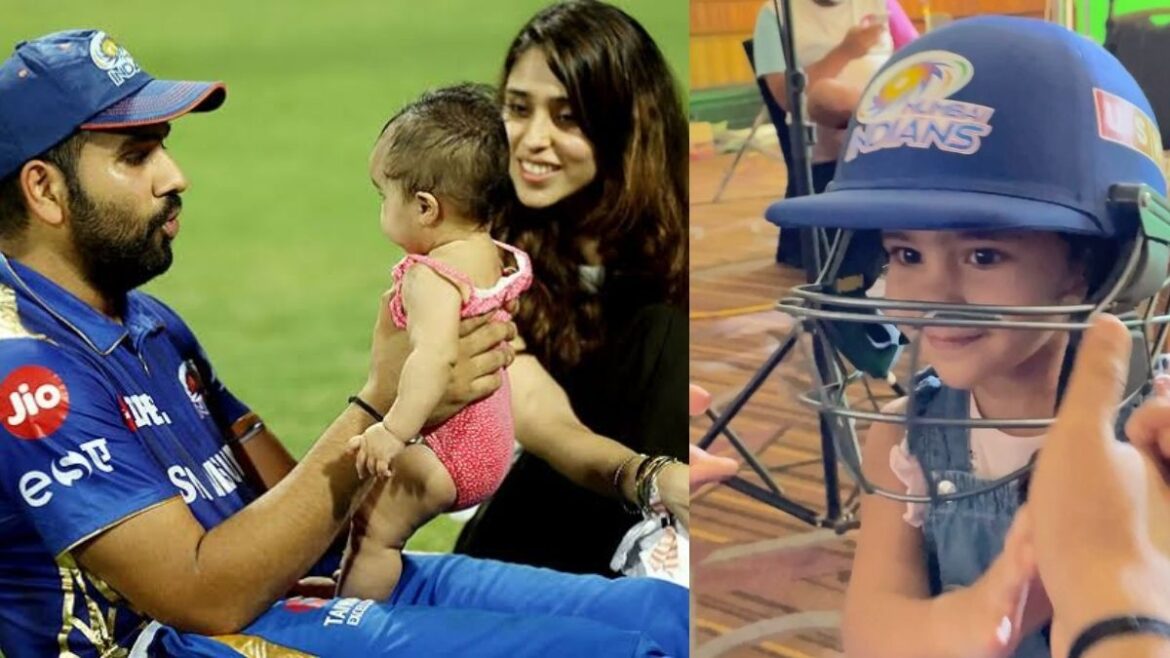 Rohit Sharma’s daughter Samaira is the heartbeat of Mumbai Indians. The franchise has started their IPL 2021 preparations and Samaira has been at the center of it all. The Mumbai players have assembled together and their preparations for the season are underway. They will play the opener of the season against Royal Challengers Bangalore on April 9 in Chennai.

Meanwhile, the Mumbai Indians Twitter handle posted a video of Rohit Sharma’s daughter trying to copy his famous pull shot. The video began with Rohit making his daughter wear his helmet while his wife Ritika Sajdeh was also sitting beside him. Soon after Samaira donned the helmet, his father told her, “You look like a wicketkeeper.”

Ritika then joined the conversation by saying that Samaira looks like ‘Rishabh [Pant] chachu’. Ritika also asked Samaira to show how her father hits a six and she duly obliged in an adorable manner. She further pointed to the Mumbai Indians logo on the helmet, asking Samaira what it is. Samaira then made her father smile by correctly saying “Mumbai Indians”.

Meanwhile, the likes of Sunil Gavaskar and Aakash Chopra have backed Mumbai Indians to defend their IPL title in the upcoming season. While Gavaskar said Mumbai will be the team to beat, Chopra said that their openers Rohit and Quinton De Kock are the most destructive opening pair.

Mumbai Indians won their maiden IPL title in 2013 under Rohit Sharma’s captaincy. This happened after Ricky Ponting stepped down from captaincy after a bad start. Since then Mumbai have won every alternate year till 2019. In 2020, they even managed to defy the odd-year syndrome and win it in an even year. Mumbai Indians play the opener against Royal Challengers Bangalore in Chennai on April 9.