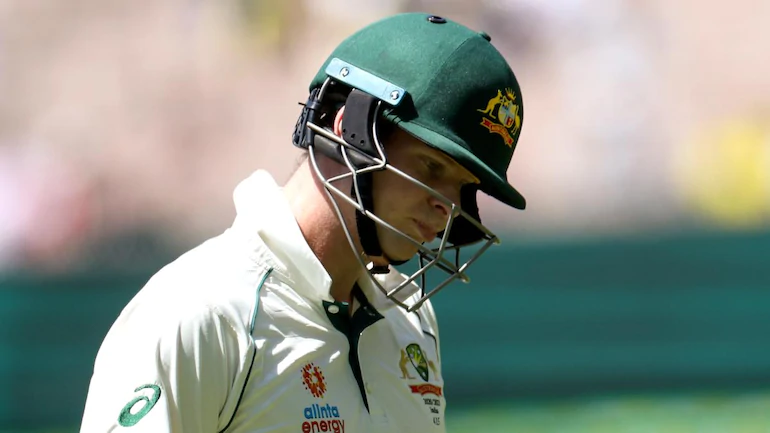 Steve Smith is not new to controversies and the Australia star could find himself in a big controversy once again for allegedly trying to remove Rishabh Pant’s guard mark on day five of the ongoing Test against India at the Sydney Cricket Ground. Steve Smith is absolutely no strangers to coming up with such tactics on the field.

In 2017, India skipper Virat Kohli had stopped just short of calling him a cheat after the former Australia captain tried to take help from the dressing room while going for a DRS review during the Bengaluru Test. The Indian players had caught him red-handed and had complained it to the umpire. Following the incident, Virat Kohli had lashed out at him in the press-conference.

A year later, Steve Smith got involved in a bigger controversy through the sandpaper gate. Following the controversy, the right-handed batsman and his teammate David Warner were banned for a year by Cricket Australia. And while Steve Smith would definitely not face such a sanction for his latest act, he is likely to be slammed by the cricket fraternity for the same.

The incident took place after a drinks break in the second session of the fifth day. Soon after the break, he went to the crease for shadow-batting before proceeding to remove Rishabh Pant’s guard mark. Pant, however, made sure to mark his guard again after the drinks break.

Here is a clip of the incident:

Australia’s Steve Smith shadow-batted as he came to the crease after the drinks break, and proceeded to remove Rishabh Pant’s guard marks.

Steve Smith’s action came when Rishabh Pant was taking the Australian bowlers to the cleaners. The southpaw slammed 97 off just 118 balls with the help of 12 fours and three sixes. Talking about the game, India were on 275 for 5 at the time of writing this report. The visitors are chasing 407 to take an unassailable lead in the series.