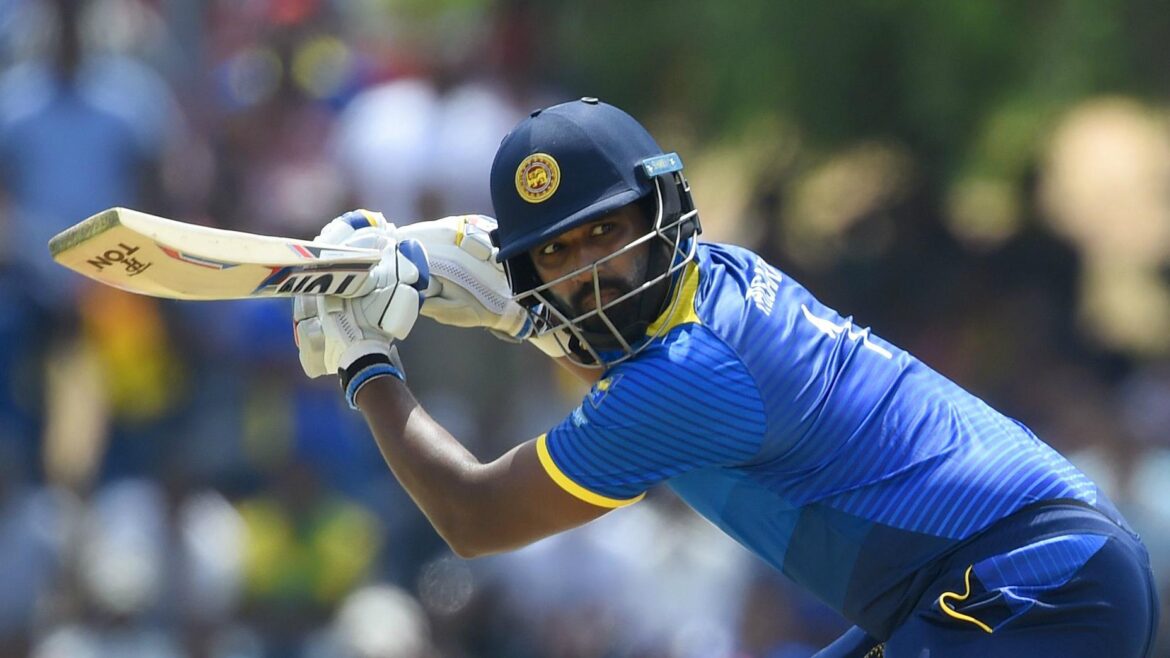 On Sunday, the dynamic all-rounder from Sri Lanka, Thisara Perera, became the first Sri Lankan to hit six sixes in an over in any form of professional cricket. He achieved this feat in SLC’s Major Clubs Limited Over Tournament while batting for team ‘Sri Lanka Army’ against ‘Bloomfield Cricket and Athletic Club’.

Thisara Perera took apart offspinner Dilhan Cooray for six maximums in the last over the innings, the match was curtailed to 41 overs. The left-hander smashed a total of 8 sixes in his 13-ball stay for 52 runs, making his innings the second-fastest half-century in List A cricket – former Sri Lanka allrounder Kaushalya Weeraratne holds the record for his 12-ball half-century for Ragana Cricket Club against Kurunegala Youth Cricket Club in November 2005.

Thisara Perera, who was also captaining his side, walked in to bat at No. 5 with 20 balls left in their innings. The 31-year-old without wasting any time hammered 8 lusty blows to take his side to 318 in 41 overs. Unfortunately for Perera, the match was abandoned after Bloomfield had played 17 overs and scraped to 73 for the loss of 6 wickets.

The southpaw’s record comes just weeks after West Indies captain, Kieron Pollard harrumphed Sri Lanka’s Akila Dhananjaya for six sixes in a T20I in Coolidge; Thisara Perera was in the field when Pollard became only the third player to hit six big ones in an over in international cricket.

The Colombo-born all-rounder joins the elite list of players to hit 6 sixes in an over in professional cricket, with others being Garfield Sobers, Ravi Shastri, Herschelle Gibbs, Yuvraj Singh, Ross Whiteley, Hazratullah Zazai, Leo Carter, and Kieron Pollard.

He is in superb form having hit three fifties in 3 games in the tournament so far. His side ‘Sri Lanka Army’ is at the second position on the points table.

Watch Thisara Perera becomes the first Sri Lankan to hit 6 sixes in an over: