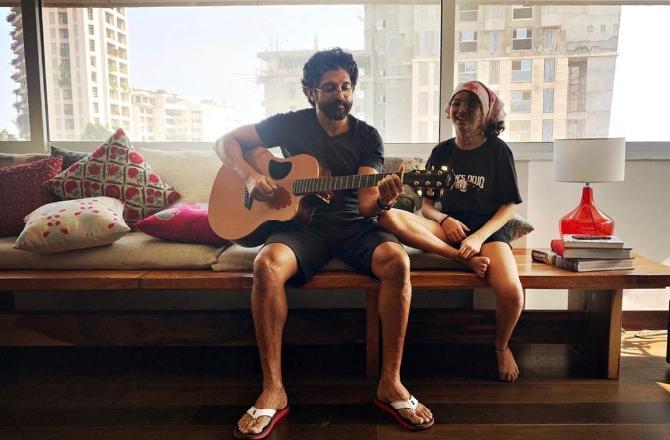 Actor-producer Farhan Akhtar spent his Saturday jamming with his daughter Akira Akhtar as his girlfriend Shibani Dandekar captured the warm moment in the camera. The Bhaag Milkha Bhaag, posted on Instagram a picture captured by Dandekar.

The picture sees Farhan dressed in comfy weekend clothing seated on his couch with a guitar in his hand while Akira sat right beside him with a smile on her face. He then shared in the caption how his Saturdays are usually filled with music as he wrote, “Saturday’s be like .. #musiclove.”

Besides being an actor and a filmmaker, Farhan is also known for his singing and music skills. He has sung various songs in several of his films including his musical drama franchise ‘Rock On’ which marked Farhan’s singing debut.