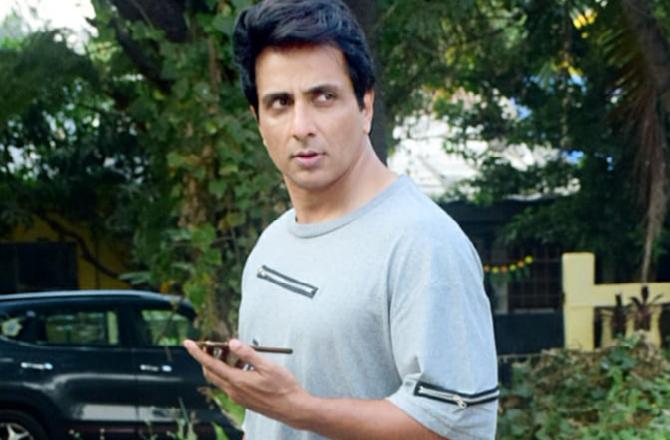 Bollywood actor Sonu Sood surprised a fan by visiting his roadside food stall, on Friday. The Dabangg star who is referred to as one of the most humble celebrities in Bollywood industries spoke to ANI and said, “I had seen the stall set up by Anil in Social media, I felt to personally taste the food at this stall. Today I got a chance to visit and I ate Egg Fried rice and Manchurian here.”Anil, the stall owner was surprised to see Sood in real. He praised the star for the work he has been indulged in. “I was really inspired by the social work and service done by Sonu Sood, that is the reason with that Inspiration I setup this Sonu Sood Fastfood Stall,” he told ANI.

The actor who is known for his involvement in helping the needy through his free service foundation recently was honoured with a statue of him in a temple by a local citizen in Siddipet.

Overwhelmed about the same, Sood said, “I thank people in Siddipet. I feel happy that people have shown so much love. I would definitely visit the village in Siddipet. I am a very common man, not a temple but love must be maintained by people.”Speaking about his autobiography book to be titled ‘I am no Messiah’, Sood told that the book will be all about the stories of inspiration and people whom he could successfully send back home during the pandemic.