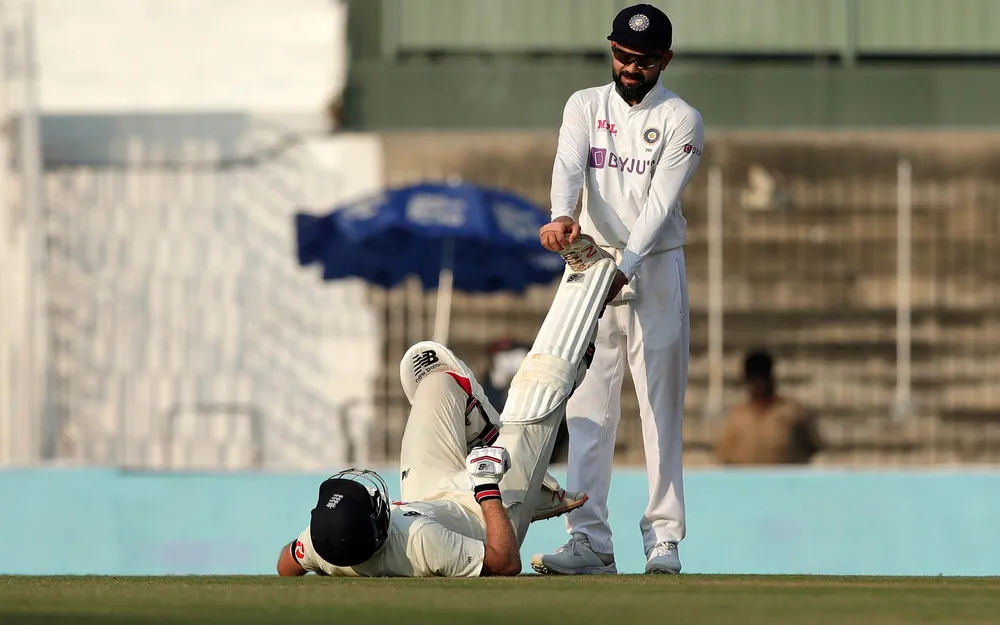 Indian skipper Virat Kohli displayed immense sportsmanship on the field as he helped his opposition skipper Joe Root, who was suffering from cramps late in the day. Getting past his century, Root fell on the ground hitting for a sweep shot which went for a six eventually.

The BCCI was quick enough to share the video of the same on their official Twitter handle which became viral instantly after it was shared.

Meanwhile, carrying on his good form from the Sri Lanka series, Root scored his 20th Test ton on his 100th Test match. He thus became the third England batsman to get to that feat. He came into bat with the England score on 63 and added a 200-run partnership with Dom Sibley (87) before the latter was dismissed on the final over of the day.

After the fall of Sibley’s wicket, umpires called it a day in Chennai with England well and truly on the driver’s seat. As far as Joe Root is concerned, it was his fifth Test ton against India and his third in India.

He came into this series on the back of over 400 runs against Sri Lanka in the two-Test match series. He scored 426 Test runs at 106.50 against Sri Lanka with scores of 228 and 186. He scored another 128 in tough conditions to stamp his class early in the Test series. He has already scored 554 runs in just five Test matches in 2021. While his skipper Virat Kohli is yet to play his bat in the new year.