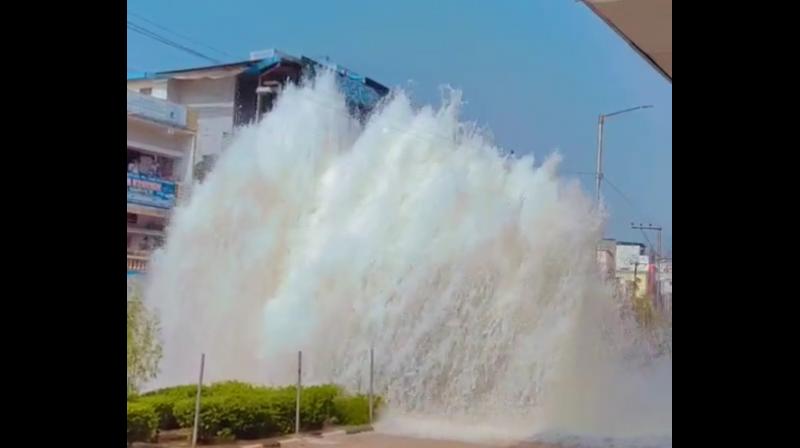 Reportedly, digging works began without taking note of the water pipeline that was exactly at the same spot. Almost immediately, gallons of water gushed out and flooded the busy Mehdipatnam-Attapur road.

On being alerted by police personnel an emergency team of Hyderabad Metro Water Supply & Sewerage Board (HMWS&SB) rushed to the spot and started repair works. Police regulated the traffic flow and restored normalcy in a short while. Water supply was stopped in the area to facilitate the repair works.

Nampally Legislator Jafar Hussain Meraj spoke to the Managing Director HMWS&SB, Dana Kishore, about restoration works. He asked him to lodge a criminal complaint against Bhagyanagar Gas Company for damaging the pipeline besides demanding damages. He said, “Water supply will be resumed as soon as the repair works are completed.”